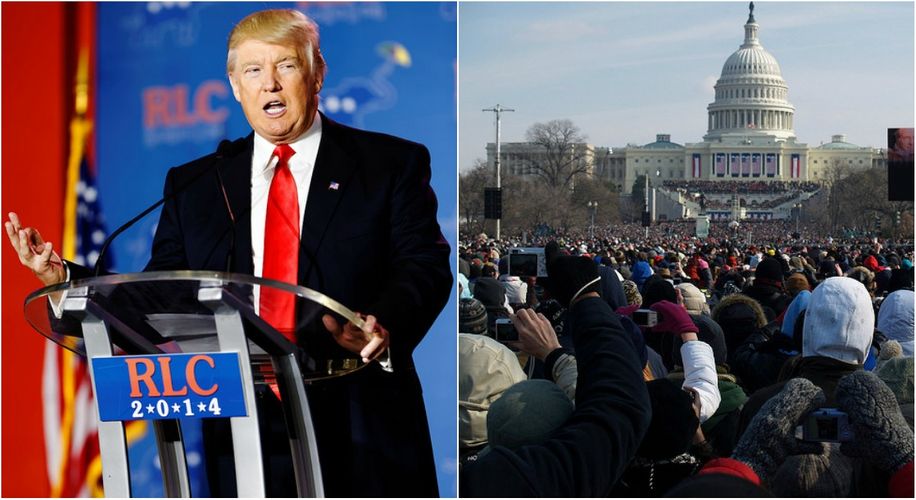 The President-Elect will be taking it easy his first two days as Leader of the Free World.

The President-Elect will be taking it easy his first two days as Leader of the Free World.

The time has come. After a year of straw polls, bickering debates, xenophobia, and late night tweets, we are only two days away from Donald Trump holding his hand on a Bible and being sworn in as the President of the United States of America. And as soon as he takes the oath of office and steps into the country’s largest pair of shoes, Trump will reportedly ignore his new position for a couple days while he parties the weekend away.

According to The Hill, Trump will consider Monday the 23rd as the first official day of his administration, and will be taking the weekend after Friday’s inauguration ceremony to celebrate. That’s right, before he signs any documents, builds a wall, or even meets with his new cabinet or staffers, Trump will presumably spend 48 hours hungover, schmoozing with 3 Doors Down and his other “celebrity” guests.

“…[D]ay one – which I will consider to be Monday as opposed to Friday or Saturday. Right? I mean my day one is gonna be Monday because I don’t want to be signing and get it mixed up with lots of celebration,” Trump said in a recent interview with the Times of London.

While Trump may be convinced that his inauguration will be the party of the year, the President-Elect has been acting pretty desperate for attendees to actually show up at the D.C. event.

The swearing in will be headlined by Toby Keith and a number of lesser-known country music acts after a number of musicians declined the invitation to perform. Celebrities aren’t the only thing Trump’s big day is light on, though - Trump's team is resorting to targeted Facebook ads to try and convince people to show up to the Nationall Mall on January 20th.

imagine being so disliked that 4 days before your inauguration you start paying to send desperate FB ad invites to "person, 27+" pic.twitter.com/UQ0m4D7vg4

A post from Twitter user @Marinarachael shows that the sponsored ad featuring a video of Donald talking up the event was targeted at all New York City Facebook users over the age of 27.

If Trump can’t even convince enough people to show up and celebrate with him, maybe he’ll realize he should be getting to work before Monday and start learning how to govern a country. We can only hope.