NEWS
This Is How You Get Your Penis Tattooed (Spoiler: It Involves a Rolling Pin)
AD
On Christmas Eve, this 61-year-old British dude sat still for four hours while a tattoo artist flattened his frank and beans with a rolling pin and zapped away.
Published on January 4, 2019

Ray Houghton is tough as nails. The 61-year-old British bodybuilder and tattoo aficionado could probably tear a phonebook in half using his teeth. Hell, he could probably do a push-up using just his dick.

What makes us think he could do a crotch-up? Well, the muscleman has been making headlines on both sides of the Atlantic for getting the final touches on his full-body tattoo right where the sun doesn’t shine.

Yup, that’s right. On Christmas Eve, the dude sat still for four hours while a tattoo artist flattened his frank and beans with a rolling pin and zapped away.

“We used a rolling pin because that was the easiest way for the tattoo to be done,” Houghton said according to the New York Post. “You can’t just do it on a bench or worktop. It was quite weird at first but it made a lot of sense. It worked out perfect really.”

Houghton has spent approximately $9,500 and 240 hours getting the tattoo body suit over the past two years. The, um, ballsy lifter and gym owner got the ink in order to cover his “aging” skin, as well as hide several regrettable tattoos he got as a kid. Now, post-ink, Houghton says he feels “20 years younger.”

The design was based on traditional Maori tattoos, which white people have been appropriating ever since tattoo culture was embraced by the West (being honest, Ray!). While it’s unclear if Houghton has broken any world records — this 69-year-old lady currently holds the Guiness World Record for most tattoos, with 98.75% of her body covered — we can’t help but marvel at the dude’s tenacity.

Below is a scan of traditional genital piercing styles from Modern Primitives, in case Mr. Ink Dick wants to add some extra ornaments to his body art. 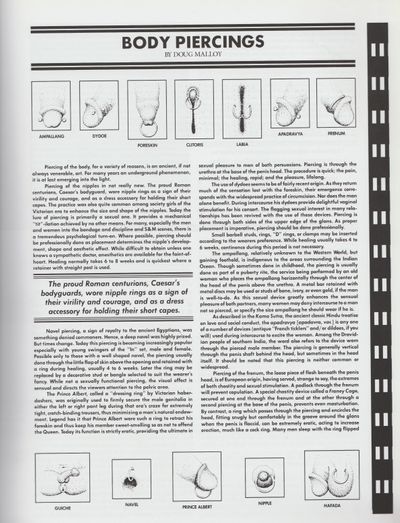 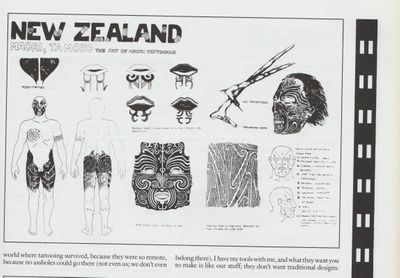 For more on tattoos, revisit these past MJ articles:

Should You Get High Before Getting a Tattoo?

Dealing with Death: A Look Inside “Russian Criminal Tattoos and Playing Cards”

NEWS
UK
VIRAL
CULTURE
MORE...
Doug Mann
FOLLOW
Doug Mann writes about cannabis and runs a blog documenting his experiments with "dessert nachos." The arthouse film "Half-Baked" was most likely based on the time he accidentally killed a police officer's horse.
Share this article with your friends!
AD
By using our site you agree to our use of cookies to deliver a better experience.
Accept
Decline
MORE FROM MERRY JANE