NEWS
This Group of Mexican Weed Moms Are Standing Up for Their Right to Get Stoned
AD
Maternidades Cannábicas (Cannabis Motherhoods) fights against the stigma placed on moms — and also hosts cannabis baby showers for good measure.
Published on February 9, 2021

“Just being a woman cannabis consumer is difficult,” says Nelly Torres, a Mexico City mother of a nine-year-old. “When you're a mom, it gets even more difficult because of all the stigmas that surround the plant.”

No wonder then, that Mexico’s greenest moms are coming together — and not just to talk about the challenges of being a marijuana user with children, but also to make their existence known.

Such is the aim of Maternidades Cannábicas (Cannabis Motherhoods), a group that sprang out of the year-old Mexican feminist cannabis network Mujeres Forjando Porros, Forjando Luchas (rough translation: Women Making Joints, Making a Movement). Members from all over the country chat online and, when pandemic allows, get together in person.

The group has even held family-friendly cannabis baby showers, complete with edibles, yoga, and lots of time to revel in a stigma-free weed environment.

Mothers fighting to treat their childrens’ health conditions with medical cannabis has always been the inertia of the global cannabis movement. In Latin America, groups like Argentina’s Mamá Cultiva Argentina fight to raise awareness of such issues. In Mexico, Margarita Garfias powered her son Carlos’ case all the way to the Supreme Court, leading judges to order the country’s federal health agency (COFEPRIS) to fast track medicinal cannabis regulation.

But the Cannabis Motherhoods group is unique to Mexico because it focuses on the rights of moms themselves — and fights back against society’s tendency to simplify women’s existence after they have kids.

Anti-parent stigma isn’t addressed in the cannabis legalization legislation that was approved by the Senate in November, which is about to be debated by the country’s lower legislative house, known as the Chamber of Deputies.

The Senate-approved bill bans cannabis consumption in places with a “high concentration of children,” and specifically in the home if kids are present. Home cultivation is likewise banned in places accessible by kids. Such laws only exacerbate the risk of cannabis users losing custody of their kids if caught by authorities.

“That's extremely contradictory if you think about the way that tobacco is regulated,” says Torres. “It’s illogical—the fact that you've become a mother means that your rights in that area have been taken away.”

“These are decisions that have been made mainly by men, who have no idea what it's like to raise a child,” says María Angeles, a Cannabis Motherhoods member from Estado de México. 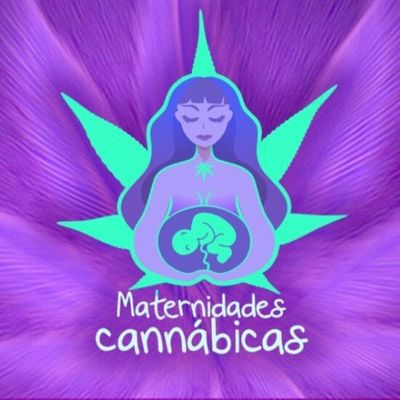 These moms refuse to tip-toe around society’s ideas of who they should be. Cannabis Motherhoods’ logos feature pregnant bodies superimposed on a cannabis leaf, a juxtaposition that may come across as shocking — particularly to people unaware that a 2020 Columbia University-led review of scientific research on cannabis use during pregnancy turned up no significant proof that it led to cognitive impairment in children.

“We weren't thinking about how the logos were going to affect people who saw them, because it's our reality,” says Torres. “This is what we are trying to visibilize.”

Those who are feeling the Cannabis Motherhoods mission should keep their eyes on Mujeres Forjando’s Instagram page. The group says it’s working on a series of fanzines that will go in-depth on what life is like for Mexican moms who consume weed.

“When you become a mom, all of a sudden that's all you are seen as,” says Torres. “The mother, who should be able to do everything, sane, together, who never has a hair out of place. We are women too! We are human beings who need to have our hobbies, to get mad, we need to be able to try things out. Sure, we're goddesses—but it's not like that!”

NEWS
MEXICO
MOMS
DESTIGMATIZATION
MORE...
Caitlin Donohue
FOLLOW
Caitlin Donohue is a Bay Area-raised, Mexico City-based cannabis writer and author of She Represents: 44 Women Who Are Changing Politics and the World. Her weekly show Crónica on Radio Nopal explores Mexican marijuana culture and politics in the prohibition era. Follow Caitlin on IG @byrdwatch.
Share this article with your friends!
AD
By using our site you agree to our use of cookies to deliver a better experience.
Accept
Decline
MORE FROM MERRY JANE