NEWS
The Week in Weed: Pot Makes Sex Better for Women; Vermont Opens MMJ Drive-Thru
AD
In other news, Ontario prepares to open 25 legal dispensaries on April 1st, and New Mexico is preparing a unique bill that would let the state control all cannabis sales.
Published on March 12, 2019

Smoking a joint before or after sex is common practice for many couples, but while most smokers can tell you a story about how weed improved their sex life, the scientific community has yet to fully investigate the connection between pot and sex. A team of researchers recently set out to determine whether the aphrodisiac powers of cannabis are myth or reality, and they discovered that women who smoke weed are indeed more likely to have satisfying sexual experiences.

Canadians wishing to try out the sexual benefits of cannabis for themselves have legally been able to do so since last October, but supply shortages and licensing delays have made it hard for many of the country's residents to find weed legally. Things are about to get brighter for Ontario natives, though, because the province just approved 25 retail stores, which are due to open their doors in a matter of weeks. 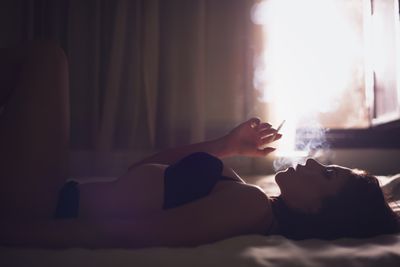 A new research study has discovered that women who use cannabis are more likely to report having positive sexual experiences than those who do not.

In order to investigate the matter, researchers asked 373 patients visiting an OB/GYN practice to anonymously fill out a survey concerning their sex life. The survey asked the women to self-report how satisfied they were with their sex life, libido, and orgasms, in addition to asking them if, when, and how often they used pot.

Out of the 176 women who reported using cannabis, 127 of them got high before having sex, while another 49 did not. The researchers found that “among those who reported using marijuana before sex, 68.5 percent stated that the overall sexual experience was more pleasurable, 60.6 percent noted an increase in sex drive, and 52.8 percent reported an increase in satisfying orgasms,” but the majority reported “no change in lubrication.” The study also found that frequent pot users were 2.10 times more likely to have more satisfying orgasms than women who used cannabis less regularly.

The researchers were unable to identify exactly why cannabis improved women's sexual experiences, but hypothesized that the stress-relieving effects of pot could inspire confidence and willingness to experiment. The study cited prior evidence showing that pot can enhance sensory perceptions or even slow the perception of time, which could account for some of these positive effects. Previous studies have also discovered that the brain's naturally-occurring endocannabinoids are involved in the regulation of sexual function, and cannabinoids have been shown to directly interact with the hormones that influence sexual behavior.

The study has a number of limitations, including the fact that the majority of respondents were straight white women, but the researchers concluded that “this study adds to our knowledge and understanding of the effect of marijuana use on female sexual functioning… A better understanding of the role of the endocannabinoid system in women is important, because there is a paucity of literature, and it could help lead to development of treatments for female sexual dysfunction.” 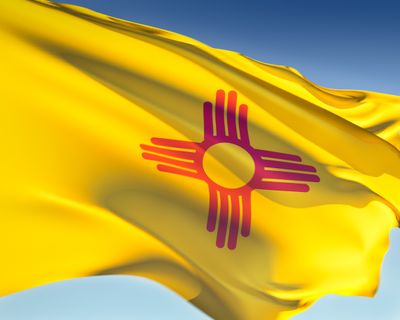 A bill that would bring legal pot sales to New Mexico passed a number of legislative hurdles this month, bringing it several steps closer to success. Last Thursday, House Bill 356, which would create an adult-use retail market and automatically clear the records of many former pot offenders, narrowly passed the state House with a 36-34 vote. “We have what could potentially be a watershed moment in the recreational use of cannabis legalization movement,” state Rep. Javier Martinez, co-sponsor of the bill, told Marijuana Moment.

If passed, this bill would make the Land of Enchantment unique among rec-legal states. The most unusual aspect of the bill is that the state itself would be in charge of running the retail stores, similar to the way that most Canadian provinces operate. These government-run stores would technically sell weed on consignment, creating a loophole allowing the state to skirt federal drug prohibition laws. “I think it’s a very innovative idea that we haven’t seen before,” state Sen. Joseph Cervantes said to the Albuquerque Journal. “It addresses some of the concerns from the past.”

The amended bill allows police to bring criminal charges against anyone who is caught with weed that they do not have a legal sales receipt for. The bill would also prohibit home-grows of recreational pot, although medical marijuana patients would still be authorized to cultivate their own plants. These amendments have garnered support from several Republican state senators who were previously opposed to legalization, increasing the chances of the bill's success.

The bill passed the state Senate Public Affairs Committee with a 5-2 vote last weekend, but must still pass the Senate Finance Committee before it can come up for a full vote. If it does pass the Senate, it is very likely to become law, as new Governor Michelle Lujan Grisham has repeatedly expressed her support for legalization. 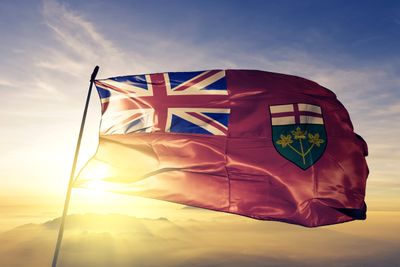 Just over six months since Canada became the world’s largest country to legalize cannabis, legal weed sales are finally coming to the province of Ontario. The province's government just granted 25 licenses to legal pot vendors, who are expected to begin selling product on April 1st of this year. The Ontario Alcohol and Gaming Commission (AGCO), which controls legal weed sales throughout the province, has announced that stores who do not open their doors by the end of next month can be fined as much as $25,000.

Over 17,000 prospective businesses applied for the lucrative chance of becoming one of the province's legal weed retailers, but in January, the provincial government decided to cap the total number of licenses at 25 due to “serious cannabis supply issues,” Narcity reports. The AGCO's current list of approved retailers only includes 19 stores, however, suggesting that six stores will not be prepared to open their doors by the deadline. AGCO spokesperson Ray Kahnert told CBC News that while he “can't be specific or predict the actual number,” but the reality is “that every one of those 25 files is at different stages in the eligibility review.”

The licenses are divided across the province, with five in Toronto, six in the greater Toronto area, five in the east, seven in the west, and two in the north. Torontonians are celebrating the proliferation of pot shops about to open in their area, but tokers in the northern part of the province are less excited about the government's distribution of legal stores. The only two retail licenses granted in northern Ontario were awarded to retailers in Greater Sudbury, forcing residents of other populous northern cities like Thunder Bay or North Bay to take a road trip to buy legal pot. 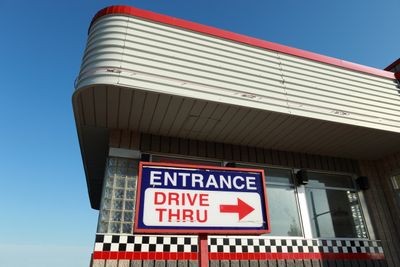 "Since we opened with CBD last year, the feedback has been overwhelmingly positive," Bridget Conry, marketing director for the two companies, told the Brattleboro Reformer. "People love the convenience a drive-through window provides, especially people with physical ailments. They have been asking when THC products would be available and we are pleased to tell them the wait is over."

Patients are now able to pick up edibles, flower, tinctures, vape cartridges, and other products via the drive-through, but only if they order the products in advance. Vermont allows any adult over 21 to purchase CBD, but pure cannabis flower and other THC-containing products can only legally be sold to registered medical marijuana patients because the state still prohibits all recreational cannabis sales. That may be about to change in the near future, however, as the state Senate has just passed a bill to create a taxed and regulated cannabis retail market.

The bill, which was passed by the Senate last week with a veto-proof margin, just moved to the state House, where it is certain to meet greater opposition. State senators passed retail legalization bills in 2016 and 2017, but both bills failed to pass the Assembly's lower chamber. “The House has a tendency to go through things with a fine-tooth comb,” state Rep. Sam Young told Marijuana Moment. “It’s just the nature of the House. We’ve never taken testimony on tax and regulate either.”

Despite the bill’s previous failures in the House, advocates believe that there is a greater hope that 2019 will be the year that the bill succeeds. “What’s different this year is that the speaker has publicly stated that we are going to get multiple committees involved with the process, and I think that’s a huge step,” drug policy reform advocate and attorney Dave Silberman said to Marijuana Moment. “It’s something I’ve been begging for for the past three years.” 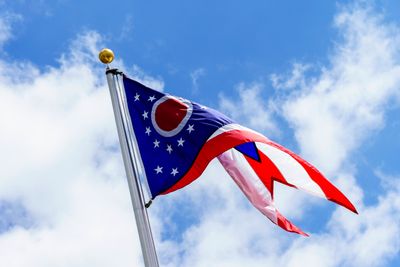 Ohio finally opened its first medical marijuana dispensaries this January, four months after delays in business licensing forced the state to miss its self-imposed September deadline. But even though patients are finally able to get access to their medicine, the only product on offer in the state's dispensaries is dried flower, which is intended for vaping only — as the state prohibits patients from actually smoking pot.

Fortunately, a wider variety of products will soon be coming to the state's registered patients. Last week, the Ohio Commerce Department awarded the state's first certificate of operation to Grow Ohio, a cannabis processing facility based in Muskingum County. Now that it has been approved for business, Grow Ohio can begin processing raw cannabis plants to make a variety of edibles, tinctures, concentrates, and other products.

The Commerce Department is also working to approve the licenses of 37 additional processing companies, who have all received provisional licenses while their applications are being considered. State officials also plan to license two additional processors, bringing the total to 40 and greatly expanding the variety of medical marijuana products that will eventually become available to Ohioans.

NEWS
OHIO
WOMEN
SEX AND ROMANCE
MORE...
IN THIS STORY
CBD
Click to shop at our CBD store
Chris Moore
FOLLOW
Chris Moore is a New York-based writer who has written for Mass Appeal while also mixing records and producing electronic music.
Share this article with your friends!
AD
By using our site you agree to our use of cookies to deliver a better experience.
Accept
Decline
MORE FROM MERRY JANE