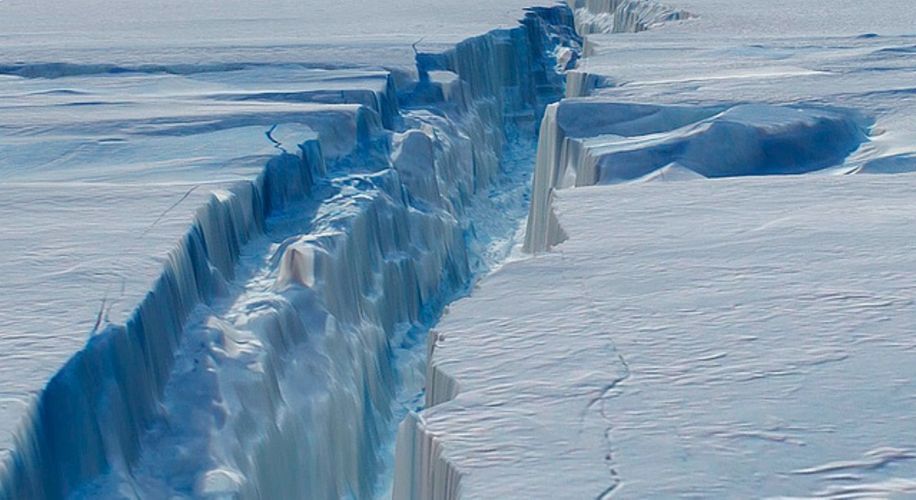 The Earth’s Surface Temperature Hit Another Record High in 2016

For the third year in a row, the earth’s temperature topped out at a new high.

For the third year in a row, the earth’s temperature topped out at a new high.

The world is changing. No, we’re not just talking about the impending inauguration of President-Elect Trump, the fact that Pizza Hut is delivering cheesy bread by way of flying robot, or self-driving cars - the planet is literally changing. Scientists have found that earth’s temperature in 2016 was hotter than it has ever been before. This marks the third year in a row that the earth’s surface temperature reached a new record high.

According to the New York Times, the new findings, compiled by at least four separate agencies including NASA and the National Oceanic and Atmospheric Administration (NOAA), suggest that a number of compounding factors, including El Niño weather patterns and global climate change lead to temperature rise.

“A single warm year is something of a curiosity,” said Deke Arndt, chief of global climate monitoring for the NAOO.  “It’s really the trend, and the fact that we’re punching at the ceiling every year now, that is the real indicator that we’re undergoing big changes.”

These big changes aren’t just on paper either. In the Arctic, water temperatures this fall rose 20-30 degrees Fahrenheit above normal. And while coastal ice blocks were falling into the Arctic Ocean, one Indian town broke all of the country’s existing records - hitting 123.8 degrees Fahrenheit on May 19th of last year.

Since the most recent spat of El Niño no has ended, scientists widely expect global temperatures to decrease in 2017, but with an incoming American administration led by climate change denier Donald Trump (and his nomination of Scott Pruitt to head the EPA) some worry that the trend we’ve seen over the past three years may only be the beginning.

While the global warming trend is not new, it has been continuing at a troubling pace, with 16 of the planet’s 17 hottest years coming since 2000. And while this year might not break the same records that the previous three have, it won’t mean that climate change is slowing down. In fact, temperatures and water levels will almost certainly still be rising over the coming years, with scientists predicting that, at some point in the future, sea levels will rise 15-20 feet and wipe out a number of coastal cities.

“The arc of global warming will be variously steep and less steep,” Richard Seager, a climate scientist at the Lamont-Doherty Earth Observatory of Columbia University told The Times. “It never stopped.”