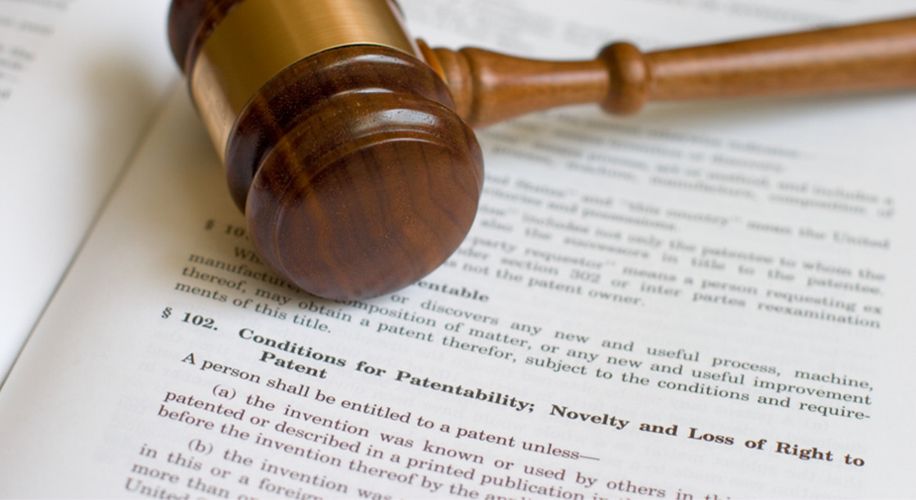 The Dangers of Patenting Cannabis

Experts question whether there's enough recorded information to support "novelty" in regard to patenting marijuana, while premature patents could stifle the industry.

Experts question whether there's enough recorded information to support "novelty" in regard to patenting marijuana, while premature patents could stifle the industry.

While the opportunity to patent cannabis may encourage creativity with promises of profit and protection, by the same token, patenting cannabis could also threaten plant diversity and the sustainability of legal marijuana farming at large.

"There's a natural tension between protecting intellectual property (IP) and making sure that the IP does not capture things that it's not supposed to capture," says John Mansfield, a patent litigator at Harris Bricken, an international law firm with a specialty in cannabis. To get a patent, an invention must not only be novel, but also non-obvious, and it cannot already exist in nature. With plants, for example, that means you couldn't patent a wild strain of cannabis you found in nature, because you didn't manipulate the genetics or breed it yourself.

"A patent gives you a limited monopoly so you're the only one who can make or sell that product, or license other people to," explains Mansfield. But the critical thing about that monopoly is that it only lasts about two decades. After that, it belongs to the public.

In the meantime, the way to enforce a patent is to file a lawsuit through federal court. If a jury found someone to be illegally infringing a patent, the judge could order them to stop making it, and moreover, they'd need to pay damages or compensation. For now, that's all hypothetical — while there are many patents out there, both for cannabis products and strains, no one has sued over a cannabis patent yet.

Despite what cell biologist David Cohen calls hysteria over the dangers of patenting cannabis (think some corporate monster like Monsanto trying to own weed-at-large), he also points out that the theoretical issue of going to court over a pot patent is just that — theoretical, with little practical likelihood of transpiring in the near or even mid-future. Until there are multi-million dollar products, there probably won't be much cannabis patent litigation.

If it came to that, it would only be a last-resort danger. "It's the threat of people patenting things they're not entitled to patent," Mansfield says is most important, and that's a current danger, regardless of whether those cannabis patents will lead to federal lawsuits down the road.

One of the main issues in patenting cannabis has to do with "prior art" — whether that which could be patentable is uniquely original, or whether it mimics something that’s already been done. With cannabis in particular, it's difficult to investigate the prior art because for many decades, so much of cannabis cultivation had been done in the shadows with few official records keeping track of strain variety or proprietary ingenuity.

With cannabis, there can be two types of patents: a utility patent, which requires the invention or newly bred strain to serve a new and useful purpose; and a plant patent, which narrowly protects only a specific genotype (literally one physical plant) and any clones.

"In my view, actual plant patents are no threat to the biodiversity of the industry; they just reward a plant breeder exclusive control over his or her work," says Dale Hunt, a patent and IP attorney at Hahn Loeser in San Diego. "The real danger, if there is a danger, is from utility patents. People can and do get utility patents on plant strains." And in those cases, similarities of phenotype — the physical expression of a plant's genotype or DNA — might be argued as infringement.

It's possible someone could abuse the patent system, claim a utility patent on a certain family of cannabis strains, and convince an examiner it's new because there's no recorded precedent. “The problem with cannabis is there's no meaningful patent literature or academic literature for the examiner to look at,” says Hunt. “As far as novelty and non-obviousness, the examiner can't find anything to tell if it's been in the public domain.”

Within the cannabis community, however, experienced cultivators know the heritage and genetic history of various strains. They may be thinking "Shit, we've been doing this for 30 years," says Hunt, were they to discover an abuse of the patent system.

That's why organizations like the Open Cannabis Project exist: to finally create a transparent record of prior art for the plant, while discouraging new cannabis patents that are too broad (like utility patents) by listing cannabis genotypes, phenotypes and other data about strains which already exist in the public domain. "The real problem with utility patents is if people get away with building fences that are too big, they'll be blocking a whole lot of innovation or commercial activity they shouldn't be able to block," says Hunt. "It's making sure that the monopoly isn't bigger than the inventor's contribution to what's new."

What remains critical, says Nathaniel Pennington, founder and CEO of Humboldt Seed Company, is that those who try to create useful cannabis medicine through breeding can continue to do so without being curtailed by undue patents. "It's critical that our work as strain developers has incentive. That's why we support plant patents on plants that are asexually reproduced (through clone or tissue culture), and we don't support utility patents, which cover entire genres of cannabis, [and could] prevent important medicines from reaching sick people," he says.

According to Beth Schechter, executive director of the Open Cannabis Project, it's also important to recognize that even the same genotype can have vastly different physical attributes, depending on the environment and cultivation process. "Given this framework, as I see it, capital-S Strain (or variety or cultivar) = genetics + environment + process + outcome (physical characteristics, cannabinoid + terpene levels)," Shechter tells MERRY JANE in an email. "For patents: the plant patent only covers the genetics, so if you want to cover process and outcome, then you have to go with a utility patent. And utility patents, as we've seen, can be dangerous based on their scope."

While the expense of countering a patent puts many farmers at a disadvantage up against companies and individuals with deeper pockets, Schechter says she also empathizes with the breeders who put time, energy, and money into creating something unique and want protection for that.