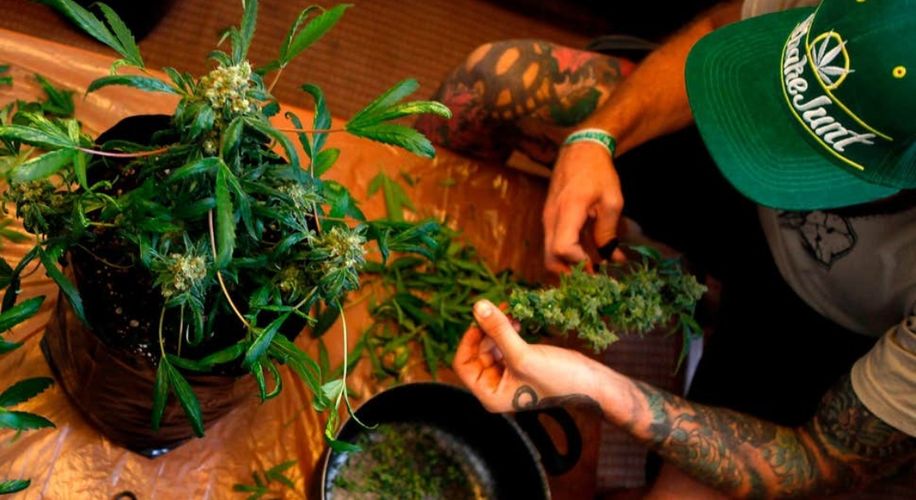 Thailand’s Home Growers Will Supply the Government with Weed

While home grows remain controversial in the US, Thailand’s government wants DIY cultivators to help it re-up the nation’s supply of medical cannabis.

While home grows remain controversial in the US, Thailand’s government wants DIY cultivators to help it re-up the nation’s supply of medical cannabis.

As Americans continue to bicker over home grows fueling black markets, and Canada’s government recovers from a year of legal weed shortages, Thailand may be setting the world’s standards for how federal legalization should operate.

On Wednesday, Thai officials announced a new law that would let home growers sell their medical marijuana to the government, which controls the nation’s supply of legal cannabis.

“We have high confidence that marijuana will be among the major agricultural products for Thai households,” the nation’s new Health Minister, Anutin Charnvirakul, said during a press conference in Bangkok. “We are speeding up the law changes. But there is a process to it.”

Thailand launched its medical marijuana program at the start of 2019, becoming the first Asian nation to dramatically reform its anti-weed laws. At the end of the summer, the first harvests were converted into cannabis oils and dispensed directly to the country’s hospitals. A few months ago, Thailand also became the first Asian country to develop its own medical cannabis strain, dubbed Issara 01, indicating that the Land of Smiles is well on its way to becoming the region’s leader in legal weed regulations.

Thailand’s government is also one of the only governments in the world that puts marijuana seized from criminal organizations to good use. (Most governments destroy black market weed by incinerating it.) Black market cannabis confiscated by Thai cops is lab tested just like the nation’s legal herb, and if it passes safety and quality measures, it’s added to the nation’s medical cannabis supply so it can be given back to patients.

Thailand, like Uruguay (the first country legalize cannabis nationwide), wants to treat weed like any other vegetable, flower, or non-toxic plant. After all, if marijuana is safe medicine, why should it be regarded as a heavily-regulated and dangerous street drug, which is still going on in the US and Canada?

“In the near future, families will be able to plant cannabis trees in their back gardens like any other herb,” Anutin said in September, according to Forbes. While no date has been set on when the new rule goes into effect, it’s looking like the Thai government is following through on that promise.

Thailand isn’t the only Asian nation with medical weed, but it is the only one where the plant can be grown and processed within the country’s borders. Last year, South Korea implemented a medical marijuana program that allows doctors to prescribe pharmaceuticals derived from cannabis, such as GW Pharma’s Sativex and Epidiolex/Epidyolex. However, South Koreans may not consume flower, nor can medical marijuana be grown anywhere in South Korea.

Ironically, weed has been legal in North Korea since the communist nation’s inception, because North Korea never banned the plant in the first place.