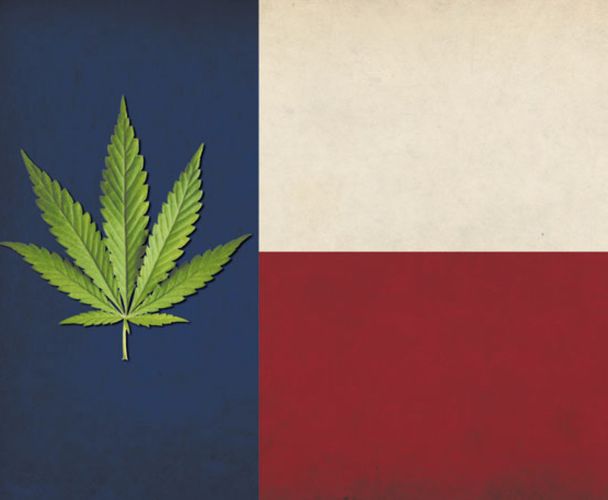 While lawmakers in Texas remain uncertain about whether they should drag the state out of prohibitionary times, a new poll indicates that this is exactly what a majority of the state’s residents want them to do.

The latest University of Texas/ Texas Tribune poll shows the concept of medical marijuana is losing some support in the Lone Star State. What people really want -- a whopping 53 percent -- is a fully legal cannabis trade, similar to Colorado, where adults 21 and over can purchase weed in a manner similar to beer.

Although medical marijuana still has the most support, with 83 percent backing this reform, pollsters say the “medical” only attitude has diminished over the past two years.

However, the idea of establishing a taxed and regulated marijuana market is gaining traction unlike any other time in history.

Daron Shaw, a professor of government at the University of Texas and lead pollster, attributes this shift to voters being influenced by what is happening in other jurisdictions across the nation.

Of course, the issue of marijuana reform is more popular in Texas with the Democrats than Bible thumping Republicans – not dissimilar to the situation all over the country.

“We’ve seen this movie before on a couple of social issues,” said Shaw, adding that marijuana is becoming more normalized now, like what has happened with respect to other controversial issues.

Sixty-two percent of the Democrats said they would like to see marijuana legalized for recreational use, while only 41 percent of the Republicans said the same. However, the poll shows that Republican support is beginning to shift to the pro-pot side of the table.

55 percent of those between the ages of 18 and 44 would like to see a fully legal cannabis trade in Texas. Even people 45 to 64-years-old want legal weed – 51 percent said they support recreational marijuana. It’s only the older Texans that seem to have a problem with it. Thirty-eight percent of those 65 and over believe prohibition should continue.

“The number of people who want to keep marijuana completely illegal decreased by seven points,” said Jim Henson, who worked on the poll.“The commensurate shift is in Republicans saying small amounts should be legal, and those who said any amount should be legal increased by six points.”

“The other thing that may be going on here is the possible disappearance of the medium ground,” he continued. “It reminds me of what happened with gay marriage, where people often chose the civil union option. A similar thing is happening with medical marijuana as a kind of way station