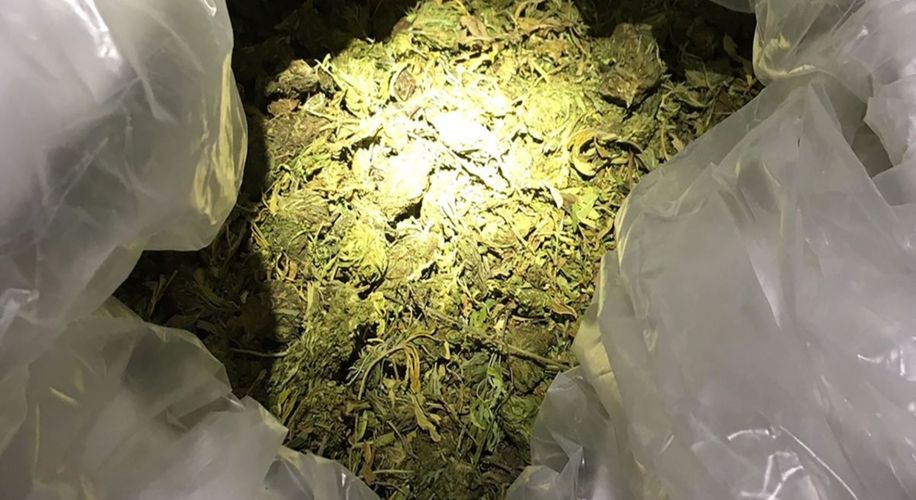 Texas cops bragged on social media about seizing a massive shipment of weed — but it turns out the haul was a perfectly legal shipment of hemp.

Texas cops bragged on social media about seizing a massive shipment of weed — but it turns out the haul was a perfectly legal shipment of hemp.

Last month, the Texas Department of Public Safety (DPS) made a Facebook post bragging about a massive seizure of 3,350 pounds of black market weed. DPS officers discovered this supposed contraband when they pulled over a 26-foot U-Haul truck for a routine traffic violation on Interstate 40 just outside of Amarillo.

Upon investigating the truck, cops discovered dozens of moving-boxes and trash bags stuffed with what they assumed was pot. DPS called in the DEA, who took over the case. Federal officials determined that the alleged drugs were being transported from San Jose, California, to the Bronx in New York. The truck driver, 39-year-old Aneudy Gonzalez, was charged with felony drug possession and thrown in jail.

The story doesn't end there, however. It turns out that the supposed haul of contraband weed was actually a completely legal shipment of non-intoxicating hemp. Now, after spending nearly a month behind bars, Gonzalez has been set free and has returned home to New York.

Gonzalez's attorney, Daniel Mahler, successfully argued that police had no right to detain his client. “Today we beat the feds,” said Mahler, in a statement reported by KCBD11. “We maintained from the word 'go' that all he had was hemp, and this morning the US Government moved to dismiss the charges against our client. We will now be seeking the return of property and just compensation for our client losing a month of his life in the custody of the US Marshals.”

“Especially in a time right now of immense skepticism of law enforcement, the idea that Texas DPS and ultimately, a DEA task force agent, would have no idea what the law is and people go to jail that are completely innocent is horrifying to me, and I do believe it should be for the other citizens as well,” Mahler said to KCBD.

“I was just doing my job and the government threw me in jail for almost a month,” Gonzalez said in a statement to Law360. “I fully intend on pursuing justice, whatever that entails. Nobody has apologized to me. Somebody owes me an apology.” In addition to an apology, Gonzalez says he will seek compensation for having to spend a month in prison.

In a similar case, the New York Police Department recently showed off a supposed bust of 106 pounds of weed, which also turned out to be legal hemp. After seizing the supposed contraband from a FedEx truck in November, cops arrested the owner of a local CBD company for smuggling illegal pot. Cops soon discovered that the contraband in question tested at 0.14 percent THC — well within the legal limit — and returned all of the product back to the company.

The recent legalization of hemp has clearly caused major confusion for US law enforcement. After the federal government and majority of US states legalized hemp, police realized that there is no easy way to tell the difference between pot and hemp. Prosecutors in Texas, Florida, and other states have stopped prosecuting minor weed offenses for the time being because there's no easy way to prove what kind of flower a suspect is caught with.

Police departments are looking to shell out big bucks to buy new devices that can help them identify the difference between hemp and pot, while ignoring the cheaper and easier solution: Legalizing cannabis altogether.