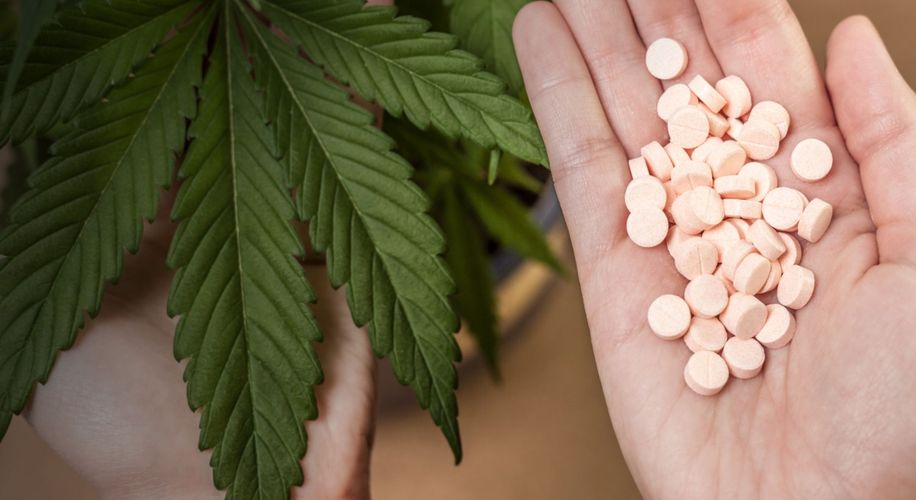 It was recently discovered that Senator Evan Vickers, one of the main opponents of Utah's new medical marijuana program, is actually one of the largest opioid distributors in the state.

It was recently discovered that Senator Evan Vickers, one of the main opponents of Utah's new medical marijuana program, is actually one of the largest opioid distributors in the state.

Last fall, Utah voters approved a ballot measure to create a comprehensive new medical marijuana program, despite extreme opposition from lawmakers, DEA-funded lobbyists, and the Church of Jesus Christ of Latter-Day Saints (LDS). Conservative lawmakers stepped in to cripple the program a day after it went into effect, however, passing a new law that imposes many new restrictions on the new program.

The restrictive new law, sponsored by state Senate Majority Leader Evan Vickers, cut the number of dispensaries from 40 to seven, banned most forms of edibles, and reduced the number of qualifying conditions. At the time, insiders assumed that Vickers' extreme opposition to medical marijuana was rooted in the GOP's traditional hatred of all things involving drug reform. But a recent exposé is reporting that the state's top lawmaker may have a financial interest in the fight against legal weed.

Earlier this month, the Washington Post released a DEA database that tracks the path of every single pharmaceutical pain pill sold in the US. Using the searchable database provided by the Post, Journalist Angela Bacca discovered that Vickers is actually one of the largest opioid distributors in the state. Vickers' two Cedar City pharmacies distribute 34 percent of all opioids sold in rural Iron County, more than Walmart or other national chains that distribute in that area.

Vickers' pharmacies source their pills from Cardinal Health, the third-largest pharmaceutical opioid supplier in the country. Cardinal sold nearly 11 billion opiate pills between 2006 and 2012, 14 percent of the national total. During that same time period, around 100,000 people died as a result of opioid use and abuse. According to documents leaked last year, the LDS Church – another powerful opponent of medical marijuana – owned at least $15 million in shares of Cardinal Health.

Utah cannabis activists are suing the state, arguing that the restrictive bill championed by Vickers and the LDS Church is unconstitutional. The suit argues that the bill undermines the will of the people by reversing so many elements of the voter-approved measure, and that the LDS Church's involvement in the legislative process violates the state's constitutionally-mandated separation of church and state.

Now that Vickers' personal involvement in the opioid industry is out in the open, advocates are even more angry. “When we saw the outrageous numbers of opiates that Vickers is dispensing, it was alarming to all of us,” said Christine Stenquist, Founder and Executive Director of Together for Responsible Use and Cannabis Education (TRUCE), to High Times. “Even more alarming is that this man is trying to prohibit cannabis from coming into the state. And we’ve seen in states where there is cannabis, that there’s a decline in pharmaceuticals, especially opiates.”

“Vickers is behind this restrictiveness for patients,” Stenquist continued. “This is all motivated because Vickers is protecting his bottom line. This is a clear conflict of interest. Special interest legislators like Vickers are writing policies that better their particular industry and put money in their own pockets. That has to stop."

“The problem, in this case, is that Vickers worked to undermine [the medical marijuana initiative], directly impacting the quality of healthcare available to people in rural areas where the opioid abuse is a serious problem,” said Chase Thomas, Executive Director for Alliance for a Better Utah, according to CBS affiliate KUTV. “Rural Utah, in particular, is hurting right now because of the compounding impacts of available jobs, an underfunded healthcare system, and the opioid crisis.”

The legalization movement in Utah has been an uphill battle for cannabis activists. But, the low-level war between the religious rulership and weed in the state has been boiling at increasingy higher temperatures over the past year. Now, with this new revelation, will activists finally have the necessary leverage to prove corruption and bringing cannabis into the state? Time will tell — hopefully sooner than later.

“By whittling [the ballot initiatives] down to fit the conservative ideology of Sen. Vickers and other majority leaders," Thomas said, "Utahns all across the state lost out.”