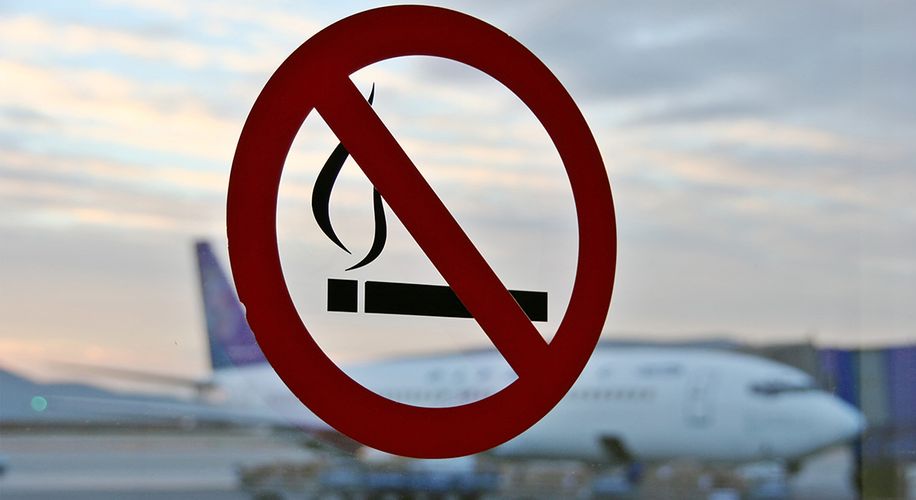 A Southwest Airlines flight from SF to LA was forced to make an unscheduled stop, where law enforcement officers were ready and waiting to chat with one ballsy, mile-high toker.

A Southwest Airlines flight from SF to LA was forced to make an unscheduled stop, where law enforcement officers were ready and waiting to chat with one ballsy, mile-high toker.

Sometimes, 30,000 feet just isn't high enough. At least that's the only explanation we can come up with for the bizarre incident that occured in the skies above Northern California on Thursday afternoon.

According to reports from local California NBC and CBS affiliates, a passenger on a Southwest Airlines flight from San Francisco to Los Angeles lit up a joint and started smoking weed in the airplane bathroom shortly after takeoff, setting off a fire alarm and prompting the pilot to unexpectedly ground the plane in San Jose.

"It looked like that someone needed to smoke a joint on a plane, and he went into the bathroom, smoked his blunt, and set off the fire alarm," passenger Jonathan Burkes told CBS Los Angeles.

It's still not exactly clear whether the boldly blazing passenger was puffing on a tobacco-wrapped blunt or a twisted paper, but either way, the flight crew was not amused.

With only an hour or so in the air between San Francisco and Los Angeles, the not-so-sneaky stoner wasted no time disrupting his 32 fellow passengers. According to passenger Edmund Lo, the pothead in question arrived on the airplane in a wheelchair, but stood up and walked to the bathroom after the plane had reached its coasting altitude, before moving back to his seat and reeking of ganja shortly after.

With the lavatory smoke alarm alerting the pilot and flight crew, the plane was immediately rerouted to San Jose's Mineta International Airport, where the nearly three dozen other passengers were put on other Southland-bound flights while the impatient smoker was turned over to local authorities.

Of course, weed is legal in California, but that doesn't mean that getting high in an airplane bathroom is OK just because you can see the Sierra Nevada mountains from your window. In fact, airports across the Golden State and other legal weed hubs are already home to a number of security line advertisements and amnesty boxes specifically aimed at convincing travelers to leave their weed behind before boarding.

There are a few loopholes in TSA policy and local laws that could allow a clever stoner to travel with their weed, but thanks to some pretty firm federal aviation regulations, there is no scenario in which sparking a joint in an airplane lavatory is allowed.

As of press time, no report has detailed exactly what became of the interaction between Southwest's bathroom smoker and authorities in San Jose, but, at the very least, the mile high smoke session will cost him a fine of at least $3,300.