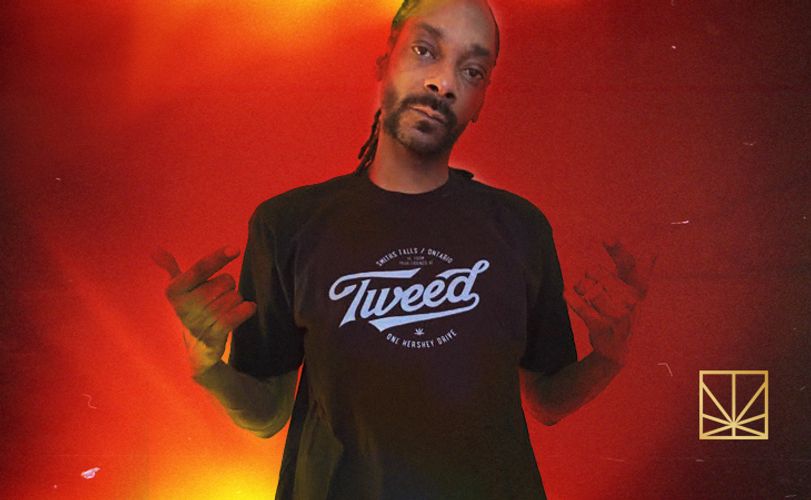 Canada’s cannabis game just got that much better.

Canada’s cannabis game just got that much better.

Okay Canada, time to get excited. In a newly announced deal, music icon and MERRY JANE founder, Snoop Dogg has teamed up with Canada’s very own Tweed Inc. Tweed Inc. is Canada’s number one producer of medical cannabis which is why it’s no shocker they have entered into a partnership with Snoop Dogg for the betterment of cannabis.

Our northern homie Mark Zekulin, Tweed’s president, said in the announcement that “Our team is proud to bring Snoop into the fold.” He continued with, “Today we’re announcing our partnership and welcoming him to one of Canada’s most exciting industries. Over the coming months we’ll unveil the specifics, and until then all I can say is ‘stay tuned.’”

Hmm. What could be coming?

As you all know, Snoop Dogg is an entrepreneur of all sorts and has recently submerged himself in cannabis—more than he usually does. Snoop has delved into different aspects of the cannabis industry: partnering with best-in-class world leaders in the cannabis space, making moves with cannabis-based startups via Casa Verde Capital, and releasing his own branded line of cannabis, Leafs By Snoop, which launched back in November.

Snoop explains that the reason he decided to partner with Tweed is because, “There are real social and medical benefits from the cannabis industry—and the world is seeing this positivity in a whole new way.” He says that, “Canada has been at the forefront of the business model, and I look forward to being a part of the road ahead.”

Now that both parties are out for a medical rip together, this should open new doors for cannabis, and the community and culture surrounding it.