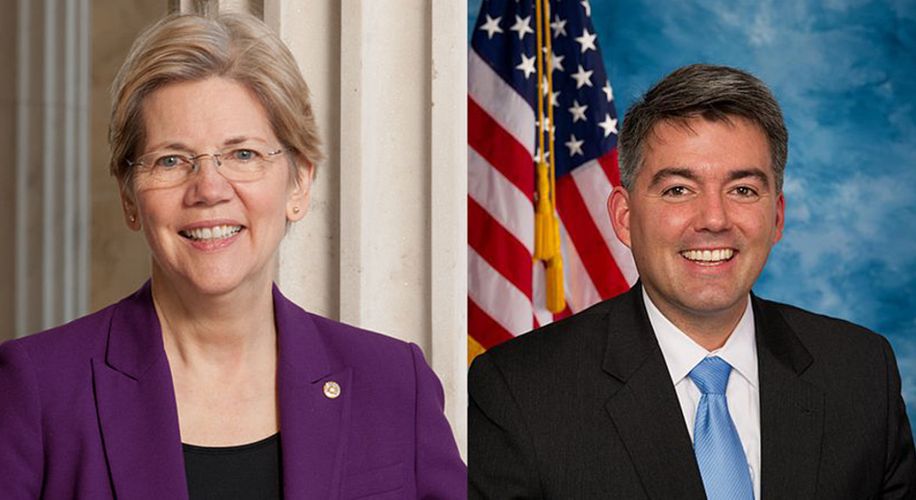 The bill wouldn’t legalize marijuana nationally, but would prevent the feds from interfering with state-legal pot in any form.

The bill wouldn’t legalize marijuana nationally, but would prevent the feds from interfering with state-legal pot in any form.

Colorado Sen. Cory Gardner and Massachusetts Sen. Elizabeth Warren have just announced that they are planning to propose legislation that would protect their home states, as well as any current or future canna-legal state, from federal prosecution. In addition to shielding individuals and businesses from federal law enforcement, the proposed bill would also lift restrictions that prevent banks from dealing with the legal marijuana industry.

This chain of events began in January, when U.S. Attorney General Jeff Sessions rescinded the Cole memo, a piece of Obama-era Department of Justice (DoJ) guidance protecting state-legal cannabis industries from federal prosecution. Gardner met with Sessions shortly thereafter and tried to get him to reconsider, but failed to convince the stalwart cannabis prohibitionist to change his plan.

In response, Gardner announced that he would block every DoJ nominee from being confirmed by Congress until he received assurance that his home state was safe from a federal crackdown. After Gardner blocked over 20 nominations, President Trump finally promised him that the government would walk back its threats against state-legal cannabis. The senator also said that Trump agreed to support new legislation that would explicitly protect canna-legal states from federal interference.

In order to capitalize on the president's promise, California Rep. Dana Rohrabacher immediately proposed the Cannabis States' Rights Act in the House, but Gardner and Warren have decided to cook up their own bill for the Senate. This new bill would not legalize cannabis nationally, but would allow each state the options of legalizing recreational or medical cannabis, or to continue to prohibit the plant entirely.

“Basically, this is a states’ rights bill,” Gardner told Yahoo News. “This is a federalism bill that says if a state like Colorado decides to move forward on medical marijuana, recreational marijuana, CBDs, hemp, that that activity is going to be lawfully, legally carried out... If Oklahoma wishes to maintain a prohibition on marijuana, then it would be illegal under state and local law in Oklahoma. But as far as Colorado goes, there would no longer be an illegal activity.”

Under this new bill, “if a state decided to [legalize cannabis], then it’s perfectly fine under state and federal law,” Gardner said to Colorado Public Radio. “So it covers all of those problems. I hope that this is [a] sort of one stop shop that fixes and corrects all those other issues.” A bipartisan group of senators will be meeting to discuss the bill this week and devise a timetable for drafting and releasing the bill, which could happen anytime from this week to next month.

Regarding his partnership with Senator Warren, Gardner said that when the Cole memo was terminated, “I had a number of conversations with Senator Warren. We had a meeting in our office with a number of senators who are interested in finding a solution. It was clear that Elizabeth Warren and I were thinking about the same kind of approach on a federalism level. We’ve continued that work together.”

Although Jeff Sessions is still likely to oppose efforts for cannabis reform, Gardner believes that President Trump will be able to keep his nominee in check. “I think the president of the United States, who the attorney general works for, has made it very clear what his objectives are,” Gardner said to Yahoo. “I do believe he will be true to his word, and certainly has over the last several weeks since the agreement was entered into remained true to that word… This is something the president has agreed to. I believe he will hold to his end of the bargain.”