NEWS
Puff Puff Pass: NFL Players Smoking Weed
AD
Puff, pass, score! With the NFL wising up and chilling out on their weed rules, here’s a look at some gridiron greats who strongly advocate going green — and why.
Published on December 1, 2020

People forget that football players love weed. In fact, so many pro-ballers use the plant — and are vocal about it — that NFL players have become pop culture’s newest “celebrity stoner” obsession.

People love hearing about gridiron athletes using weed because it highlights the plant’s array of applications. The most common reason is for pain relief. Tons of NFL players have come forward about using weed to heal the injuries they endure. But, that’s not the only reason they choose to medicate with the green. Many 420-friendly NFL players say toking up makes them better players.

Thankfully, in 2020 the NFL actually softened their stance on marijuana. It came as a result of players’ speaking out on the benefits of cannabis, coupled with society’s rapid advance toward acceptance in regard to cannabis laws.

Now, testing positive for THC won’t result in an instant suspension. While we’re stoked on the progress, the new policy is still stupidly overreaching because the league can still fine players and force them into rehab programs for using weed — even just once.

It’s as if the NFL hasn’t learned from decades of unnecessarily disrupting — derailing, even — the careers of star players. These stupid moves by the NFL have negatively impacted the likes of Super Bowl 50 MVP, Von Miller; 1999 Rookie of the Year, Randy Moss; and, most tragically, the Cleveland Browns’ Josh Gordon, who got popped once for pot and went into a downward spiral. Ugh!

But we think real change is inevitable. The NFL has no choice but to accept that cannabis is a proactive, productive, and wholly positive presence in pro-footballers’ lives. It’s undeniable that weed culture is officially part of the mainstream. That’s why long-standing athletic institutions, such as the NFL, need to shift the rules to reflect the times. But as it stands, we want to shout out these NFL players for leading the cannabis movement in professional football. 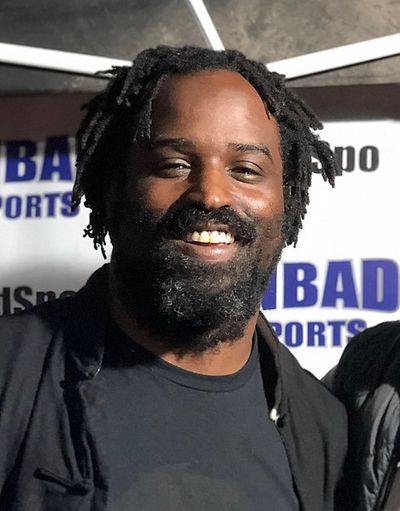 Known as the “Texas Tornado,” Ricky Williams was a Pro-Bowl MVP, a one-time All-Pro selection, and banged out 1000-yard seasons before he joind the Miami Dolphins. A major reason for that success, Williams says, is because he smoked pot the entire time.

Ironically, weed is also the reason why Williams walked away from his legendary football career. After ranking numerous “substance abuse” violations for marijuana and even getting suspended for the entire 2006 season, Williams quit to devote himself full time to cannabis advocacy. 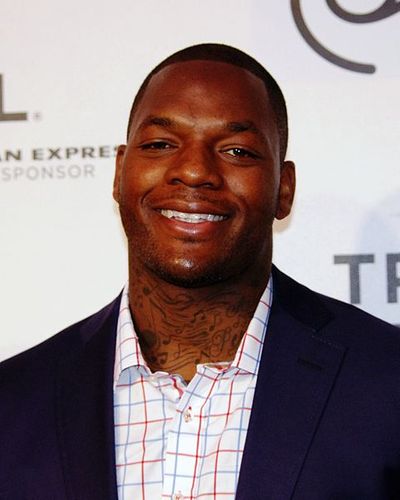 In 2018, former Dallas Cowboys tight end Martellus Bennet said it like it is.

When asked by podcast host Chris Sims about the percentage of NFL players who smoke weed, Bennet said 89 percent. He also added that he’s stunned when he meets a teammate who doesn’t imbibe. He was even skeptical of Sims and said, “You don’t smoke, bro?”

“There are times of the year where your body just hurts so bad,” Bennett went on to say. “You don’t want to be popping pills all the time. There are anti-inflammatory drugs you take so long that they start to eat at your liver, kidneys, and things like that. A human-made [pills]. God made weed.” 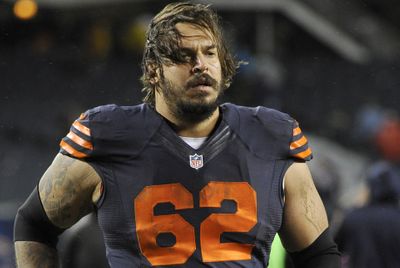 Eben Britton is now an active cannabis crusader who regularly contributes articles to weed sites. But, in 2016, the Chicago Bears offensive tackle told the New York Post that he played “stoned” in at least three NFL match-ups.

“NFL games I played stoned were some of the best games I ever played,” Britton said. “Cannabis cements your surroundings. A lot of people say they’re useless when they smoke weed. But hell, I played NFL games [while stoned], dude. My performances were solid and I felt really good after.”

After getting suspended for weed in 2015, Britton left the league. At present, Britton is a key member of the Gridiron Cannabis Coalition, a group that puts positive pressure on the NFL to reach a sane policy regarding marijuana. 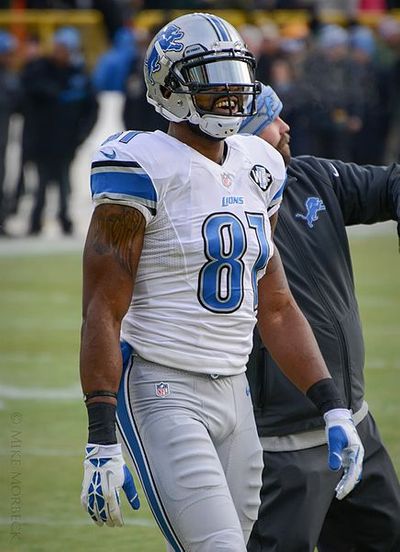 Detroit Lions receiver Calvin Johnson played nine spectacular seasons with the NFL. He never got busted for dope, and in 2019, and told Sports Illustrated that he “smoked pot after every game” in order to avoid the deadly opiates that the league prescribes to treat pain.

That same year, Johnson joined the Michigan Cannabis Industry Association's board of directors; partnered with former Lions guard Rob Sims to open a medical marijuana dispensary; and signed with Harvard University to undertake a study on the multiple health benefits of weed and the most effective means of delivering cannabis-based therapies to cancer patients. 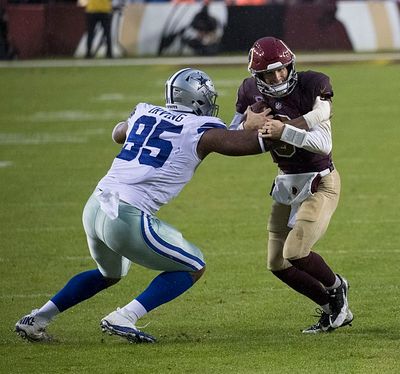 “Marijuana can make this world a better place,” said David Irving, former Dallas Cowboys defensive end, to Sports Illustrated in 2020. Two years earlier, Irving “failed” a drug test by having THC turn up in his system and, rather than accept a suspension, he quit.

“I gave up football for a bigger cause,” Irving said. “I want to change the bias toward marijuana. I want to educate America that it’s not a drug, it’s medicine. The real reason I’m not in the NFL is that I’d rather be out here saving lives.”

“I’ve been smoking since I was in middle school,” Irving continued. “Always had a 3.0 GPA. Never had any trouble with the law. We just need to stop already with the lies and misconceptions… Marijuana is easing the pain of cancer patients. It’s adding years to dogs’ lives. It could help the NFL with its CTE problem, too.”

Since then, Irving has gone on to launch his own self-explanatory magazine, Cannabis Passport. 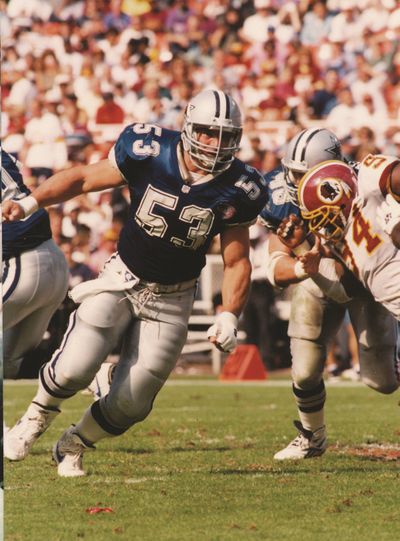 During his multi-year runs with the Dallas Cowboys and the Houston Oilers, Mark Stepnoski won two Super Bowl rings and played in five consecutive Pro-Bowls. He has also been a dedicated crusader for the legalization of cannabis both in the NFL and everywhere else since he retired from playing in 2001.

Stepnoski is presently an active member of the advisory board of the National Organization for the Reform of Marijuana Laws (NORML), and he previously served as President of Texas NORML.

In his NORML profile, Stepnoski states, “I took great pride in my performance on and off the field, and often questioned why our culture embraces alcohol while simultaneously stigmatizing those who choose to consume a less harmful alternative, marijuana.”

“Since I was a kid,” Stepnoski goes on, “I wanted to play in the NFL. Even though I occasionally used marijuana, it never prevented me from attaining my goals.” 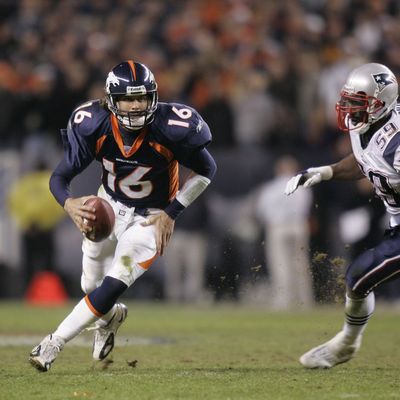 Former Denver Broncos and St. Louis Cardinals quarterback Jake Plummer is the seemingly rare NFL star who didn’t use weed while playing. That’s a fact Stepnoski said he later came to regret, after discovering the healing power of medical marijuana on his broken body in retirement.

“While on my back for weeks in recovery and rehab,” Plummer wrote in Sports Illustrated, “I asked myself for the first time, ‘What the hell did I play football for?’ I became depressed. I moved to Colorado between surgeries, got a medical marijuana card and started using THC, the active ingredient in marijuana, for the pain.”

That changed everything. “The time is now,” Plummer wrote. “We can’t wait until another hero makes headlines by endangering themselves or others. We can’t wait to find a way to test for CTE until after another former player is dead. The fact remains that football takes a toll on the body and brain. What if Cannabis can help reverse or lessen those effects?... The NFL can set the tone and lead the way and help people live better lives.” 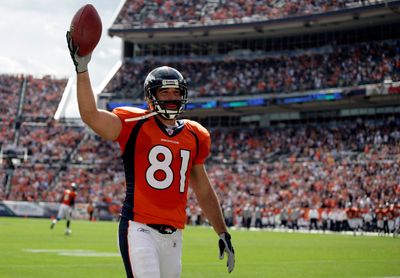 After retiring due to severe body damage in 2009, Denver Broncos wide receiver and tight end turned to writing. His 2013 memoir, Slow Getting Up: A Story of NFL Survival From the Bottom of the Pile both won critical acclaim and stormed up bestseller lists. Since then, Jackson has used his talent to advocate on behalf of NFL players who smoke weed.

“I medicated with marijuana for most of my career as a tight end from 2003 through 2008,” Jackson wrote. “The attitude toward weed in the locker room mirrors the attitude in America at large. It’s not a big deal. Players have been familiar with it since adolescence, and those who use it do so to offset the brutality of the game. The fact that they made it to the N.F.L. at all means that their marijuana use is under control.”

“In my playing days,” Jackson continued, “the marijuana smokers struck me as sharper, more thoughtful and more likely to challenge authority than the nonsmokers. It makes me wonder if we weren’t that way because marijuana allowed us to avoid the heavy daze of pain pills. It gave us clarity. It kept us sane.”

** This was made in partnership with Stoner's Rotation

SPORTS
CULTURE
ADVERTORIAL
POP CULTURE
MORE...
MERRY JANE Staff
FOLLOW
MERRY JANE is based in Los Angeles, California and is dedicated to elevating the discussion around cannabis culture.
Share this article with your friends!
AD
By using our site you agree to our use of cookies to deliver a better experience.
Accept
Decline
MORE FROM MERRY JANE