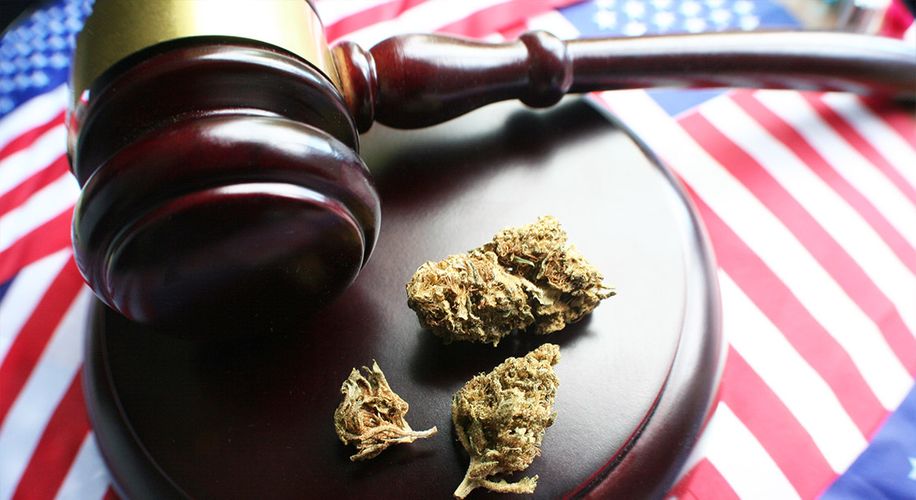 Prohibition Lives: A Man Did Jail Time in a Legal State for Selling Bud 6 Years Ago

Weed is legal in Massachusetts and decriminalized in New Hampshire, but a man just did time in both states for selling a small amount of weed prior to reform.

Weed is legal in Massachusetts and decriminalized in New Hampshire, but a man just did time in both states for selling a small amount of weed prior to reform.

In the winter of 2013, New Hampshire native Robert Hitchcock Simpson allegedly sold a small amount of pot to an undercover Nashua police officer. Shortly after this alleged sale, New Hampshire police issued a warrant for Simpson, but by that time, the young man had moved to Gloucester, Massachusetts. In 2017 — four years later— police rediscovered the warrant during a routine inventory and sent it to the county attorney for indictment.

A court clerk sent a letter to Simpson's old New Hampshire address to inform him of his impending court date, but the letter was not forwarded to his Massachusetts residence, leaving him unaware of the arraignment proceeding against him. A grand jury indicted him on three cannabis sales charges, and police issued a new warrant for his arrest because he was not present at the arraignment.

Simpson did not learn about the warrant until June 4, 2019 — six years after the incident happened — when he went to the Gloucester police department to contest a summons for shoplifting. While running Simpson's records, police discovered the outstanding warrant and put the 29-year-old behind bars. Police assured him that he would either be released quickly or transferred to a New Hampshire jail. But the cops were full of shit. Instead, Simpson remained locked up in a Massachusetts jail for nearly two weeks.

Simpson's mother intervened after learning that her son was jailed close to a cell where his brother committed suicide in 2012.

“I’m losing my mind ... cannot stop thinking or grieving and made lots of calls and always get the run-around,” said Chrisee Simpson, the mother, to the New Hampshire Union Leader. “He would have come up if he was even notified of this, but he wasn’t.”

Hillsborough County Attorney Michael Conlon spoke to Simpson's mother 10 days into Simpson’s incarceration, and assured her that her son would be transferred to New Hampshire.

Two days after being transferred, a Hillsborough County judge released Simpson on his own recognizance. “I was sitting in jail for this in a state where it’s legal,” Simpson told the Union Leader after being released from jail last week. “There are way more drugs up here that you should be worried about than me and my weed.”

Lt. Brian Kenney, head of the Nashua Police narcotics investigation, said that it was not typical for a suspect to be held for weeks in a Massachusetts prison waiting to be transferred to New Hampshire. Kenney said that although pot possession is decriminalized in New Hampshire, sales are still illegal, and added that he believes Simpson “should face the music as it was in 2013.”

A Hillsborough County prosecutor offered to drop the felony sales charges against Simpson if he agreed to plead guilty to a misdemeanor possession charge, but he refused.

“I’m not taking any deal for a misdemeanor,” Simpson said. “Why indict me four years later? It baffles me.”