On Wednesday, Post Malone’s new weed company, Shaboink, announced it was partnering with the California cannabis powerhouse Sherbinskis and the tobacco-company-turned-hemp-outfit Icon Farms, Billboard reported. The trio will launch a "flavor" of hemp pre-rolls based on Shaboink’s namesake strain, Posty OG.

“This is another historic moment for Sherbinskis. It’s my honor to pioneer the hemp category with Post Malone, Shaboink, and Icon Farms,” Mario Guzman, the founder of Sherbinskis, said in a press release. “I’ll never forget the moment we watched [Icon Farms’] tobacco machines replaced with hemp and saw the first batch of pre-rolls come off the production line. It was unforgettable and a sign of what’s to come.”

Guzman believes Icon Farms’ transition from tobacco to hemp is more than just symbolic. He told Forbes that hemp may help tobacco-smokers break their addictions. 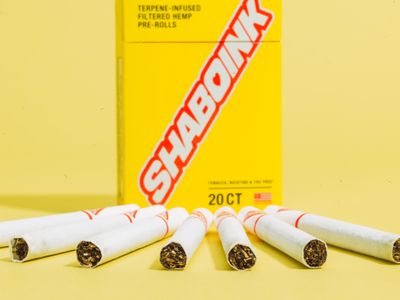 “I’m proud to bring a natural hemp product by Shaboink to market,” Malone said in the same press release. “It’s a product I personally love and know my fans will, too. Our partners are best in class and so is this product. The terpene flavors are great, and you can’t beat an all-natural pre-roll.”

Although the original Posty OG strain will get tokers properly lifted, the Shaboink-Sherbinskis hemp pre-rolls aren’t exactly the joints to puff when partying like a rockstar. Hemp is cannabis that contains negligible amounts of THC, the intoxicating part of the plant.

To mimic Posty OG's signature aroma, Sherbinskis duplicated the process it used for creating its own hemp pre-rolls, which involves infusing the buds with “plant-derived terpenes” that compose the original plants’ “flavor profiles.” The hemp used for the partnership’s pre-rolls weren’t bred from Posty OG (which is basically rebranded Goji OG). So why would a weed-friendly rapper join forces with a marijuana company to produce… hemp?

Hip-hop has been married to marijuana since the upstart days of Luniz, Snoop, NWA, and Cypress Hill. Post Malone may possess questionable loyalties to hip-hop culture, but Sherbinksis has cemented itself in the rap scene for quite some time.

Dubbed the “Louis Vouitton of Marijuana” by Forbes, and the "Supreme of Weed" by the New York Times, rappers like Offset and Young Nudy have name-dropped Sherbinskis and its legendary flower in their rhymes. Memphis-born rapper Young Dolph even named his third mixtape Gelato in reverence of the Sherbinksis-bred strain.

“Gelato has created a great name for itself in cannabis. Not just nationally but globally,” Guzman said to Forbes of Sherbinskis' propriety hemp pre-rolls. “This is a way for people to be connected and try Gelato, to experience what everybody’s been talking about. A customer may not have access to a cannabis dispensary in, say, Kentucky — but they can go to a convenience store and get Gelato hemp pre-rolls. They can connect with us.”

Now, folks in hemp-happy Kentucky can connect on those Shaboink / Posty OG hemp pre-rolls, too. 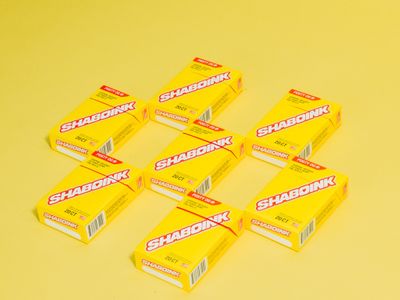 NEWS
CELEBRITIES
PRODUCT
CULTURE
MORE...
IN THIS STORY
CBD
Click to shop at our CBD store
Randy Robinson
FOLLOW
Based in Denver, Randy studied cannabinoid science while getting a degree in molecular biology at the University of Colorado. When not writing about cannabis, science, politics, or LGBT issues, they can be found exploring nature somewhere in the Rocky Mountains. Catch Randy on Twitter and Instagram @randieseljay
Share this article with your friends!
AD
By using our site you agree to our use of cookies to deliver a better experience.
Accept
Decline
MORE FROM MERRY JANE