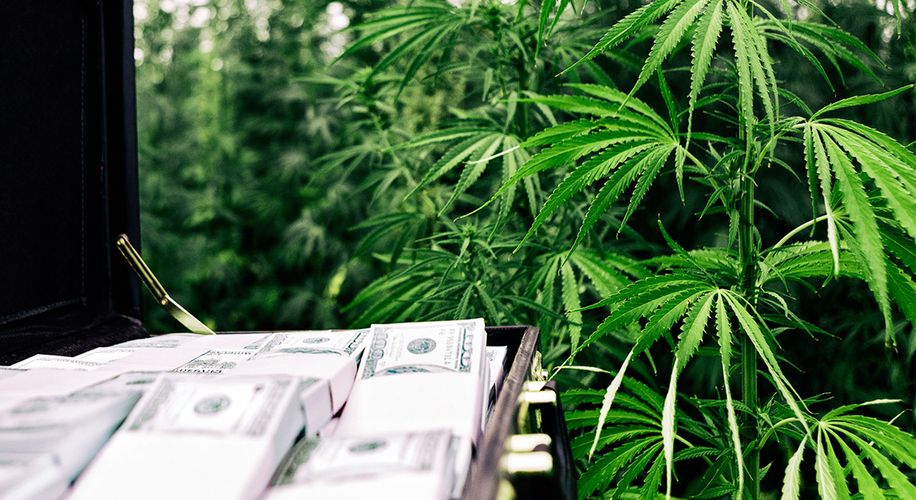 Pennsylvania Could Make Nearly $600 Million a Year From Legal Weed

Auditor General Eugene DePasquale released a report that predicts a tax revenue windfall if the state legalizes cannabis. “Imagine what that $581 million could mean for Pennsylvanians,” he said.

Auditor General Eugene DePasquale released a report that predicts a tax revenue windfall if the state legalizes cannabis. “Imagine what that $581 million could mean for Pennsylvanians,” he said.

Even though Pennsylvania is still working out the kinks of its new medical cannabis program, Pennsylvania Auditor General Eugene DePasquale and Pittsburgh Mayor Bill Peduto are calling on state leaders to take a step further and legalize recreational cannabis sales. At a joint press conference held this Thursday, DePasquale unveiled a new report which estimates that a taxed and regulated adult-use market could bring the Keystone State close to $600 million a year.

DePasquale explained that he arrived at this figure by looking at sales figures from Colorado and Washington, where residents spend an average of $2,080 per year on legal weed. There are 9.5 million adults in Pennsylvania, 8.3% of whom have admitted to using pot in recent polls. If Pennsylvanians end up buying as much weed as the residents of other canna-legal states, this could add up to annual sales of over $1.6 billion, according to the report. DePasquale recommended that the state tax legal sales at 35%, which would bring the state $581 million a year.

"Imagine what that $581 million could mean for Pennsylvanians," DePasquale said at the conference, The Times reports. "Not only would it help balance the state budget, but it would also mean increases to initiatives that affect Pennsylvanians' lives, such as greater access to opioid treatment and better health-care access for veterans and children." The Auditor General also noted that Allegheny and Philadelphia counties could impose additional taxes of 1 to 2%, which could bring those counties $3.8 million and $6.9 million a year, respectively.

"As Philadelphia and Pittsburgh have demonstrated, decriminalizing marijuana saves millions in court costs alone," the report says. "But stopping at decriminalization would be a costly mistake for the commonwealth, potentially leaving more than $581 million in annual tax revenue on the table. That revenue could help balance the state budget and provide business and job opportunities — and the way to access it is for Pennsylvania to allow the cultivation, sale, and purchase of marijuana."

Tax revenue is not the only benefit from legalization, as Mayor Peduto explained at the press conference. "This issue not only has a revenue side to it, but it also has a personal side to it — people whose lives are thrown out of balance because of the penalization of cannabis not being legal, people who are not able to have access to housing or access to jobs or access to an opportunity in life," he said, according to the Tribune-Review.

The report cites 2016 statistics showing that black adults were 6.1 times more likely to be arrested for low-level pot possession than white adults in the state, and that in 2017, 71% of those busted for minor pot offenses were under 30. "This amounts to thousands of Pennsylvania residents who are hobbled with criminal records at tremendous cost to taxpayers," the report notes. In 2016, 80% of all cannabis arrests in the state were for minor possession, and the total cost of prosecuting all of these cases was estimated at $46 million.

Peduto and DePasquale also pointed out the growing tide of support for cannabis reform sweeping the country. "Right now 61 percent of all Americans support, according to recent polling by reputable polling services, legalizing marijuana," DePasquale said. "In Pennsylvania, it's 56 percent. This is an issue that is clearly moving in a direction where there is broad acceptance."

"With marijuana legal in nearby Vermont, Massachusetts, and the District of Columbia, and with New Jersey, New York, Virginia, Connecticut, and Delaware opening pathways to regulation, it's imperative that Pennsylvania not lose its potential customers to other states' markets," the report concludes. "As its neighbors weigh the issue, Pennsylvania must act to create its own marijuana market. It is time for Pennsylvania to stop imagining the benefits of marijuana and realize them."