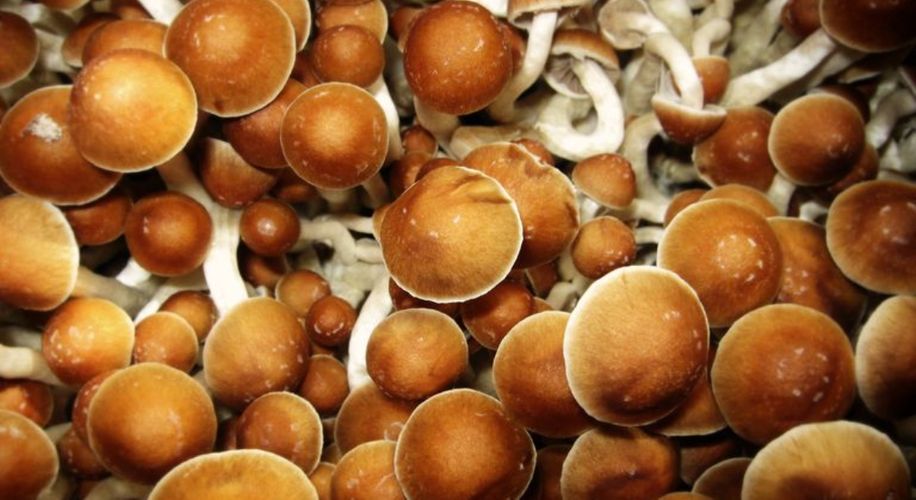 Oregon Is Trying to Make Medicinal Shrooms a Real Thing

Activists are collecting signatures for a 2020 ballot measure that would create a “medical psilocybin” program allowing adults to legally use magic mushrooms under a doctor's supervision.

Activists are collecting signatures for a 2020 ballot measure that would create a “medical psilocybin” program allowing adults to legally use magic mushrooms under a doctor's supervision.

Oregon may just be the next stop for the psychedelic revival that is beginning to spread across the US. A number of recent studies have found that psilocybin and other natural psychedelics have the potential to treat depression, anxiety, and alcoholism, prompting activists around the country to challenge prohibition laws that prevent individuals from legally seeking these treatments.

Earlier this year, Denver decriminalized psilocybin mushrooms, Oakland decriminalized pretty much every plant-derived psychedelic, and Berkeley recently considered a similar proposal. Now, a group of activists known as the Oregon Psilocybin Society are working to give Oregon voters a chance to legalize medicinal psilocybin for adults in the state.

“The intent of the 2020 Psilocybin Service Initiative of Oregon is to advance a breakthrough therapeutic model currently being perfected in research settings at top universities around the world,” said Tom and Sheri Eckert, chief petitioners working for the initiative effort.

“The service model involves a sequence of facilitated sessions, including assessment and preparation, psilocybin administration, and integration afterwards. We envision a community-based framework, where licensed providers, along with licensed producers of psilocybin mushrooms, blaze trails in Oregon in accordance with evolving practice standards.”

The initiative would task the Oregon Health Authority with drawing up a “regulatory/enforcement/taxation system” to regulate the “production, processing, delivery [and] possession of psilocybin, and administration” of “psilocybin services” to adults over 21.

The proposal would not legalize shrooms for recreational use. Individuals wishing to consume these psychedelics for therapeutic purposes would need to visit a licensed facility and consume the medicine under the supervision of a registered “psilocybin service facilitator.”

Unlike most states' medical marijuana programs, the initiative would not “require a client to be diagnosed with or have any particular medical condition as a condition to being provided psilocybin service.”

The petitioners will be hearing public commentary on the specific language of their ballot initiative until August 21st. Following this, activists will need to collect over 110,000 valid signatures from Oregon-registered voters in order to successfully place this measure on the ballot. Chances are good that they will manage to do so, especially since a majority of Americans support the use of psychedelic-assisted therapy.