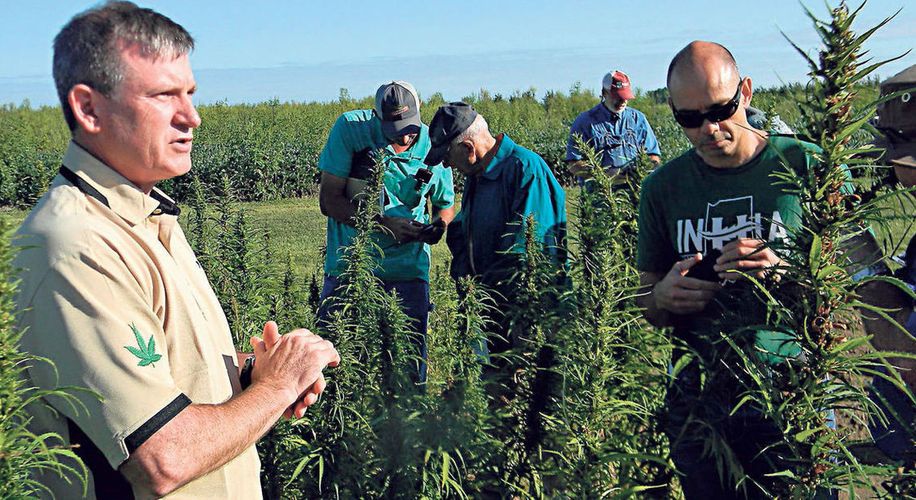 The DEA has banned hemp products from crossing state lines, despite the 2014 Farm Bill.

The DEA has banned hemp products from crossing state lines, despite the 2014 Farm Bill.

The North Carolina Industrial Hemp Commission is considering joining a lawsuit against the DEA over hemp regulations. The lawsuit is being filed by Founder's Hemp of Asheboro, the first company to register as a hemp producer in the state. The suit will contest the DEA's ruling that products made from cannabidiol hemp are illegal and therefore cannot be transported across state lines. The state's hemp commission has given its verbal support to the lawsuit, and will announce this week whether it will become a party to the suit.

The growing of hemp was outlawed in 1937 as part of the prohibition of marijuana, but the 2014 Farm Bill allowed universities and state agriculture departments to grow industrial hemp for research. Despite this bill, the DEA has maintained that neither hemp seeds nor finished hemp products can be transported across state lines.

“We cannot let this stand as an industry,” Bob Crumley, president of Founder’s Hemp, said. “If we let what the DEA is currently doing stand, we need to fold our tents and give everybody their money back.”

The DEA has ruled that it is legal to import hemp seeds from other countries, however. “To say that a Canadian farmer has more rights in this market than a farmer from North Carolina or Kentucky does – it’s ridiculous,” Crumley said. “It’s abhorrent.”

“We’re just not quite sure where we fall in being able to support them in litigation, so we had a motion and voted to support them verbally – to let everyone know that we support where they stand,” said Tom Melton, chairman of the hemp commission. “But whether or not we can actually be part of litigation, we have to find out from our state attorneys really how that falls out.”