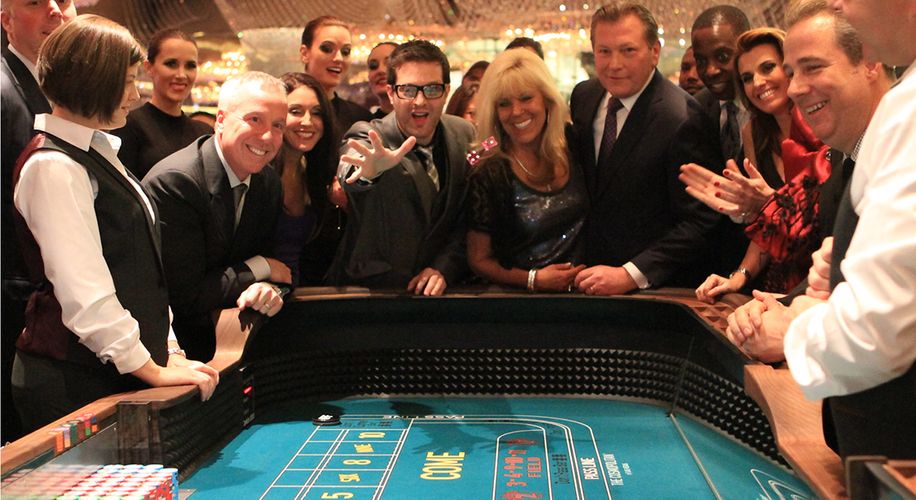 Las Vegas casinos will let you light up cigarettes indoors and booze is handed out like tap water, but getting stoned at the poker table is still strictly forbidden, even after legalization.

Las Vegas casinos will let you light up cigarettes indoors and booze is handed out like tap water, but getting stoned at the poker table is still strictly forbidden, even after legalization.

At Las Vegas' world famous casino resorts, you can accomplish an entire vacation without ever stepping outside. From hotel suites and full-service casinos to Michelin star restaurants, luxury shopping, nightclubs, and bowling alleys, everything you need is housed under one windowless, air-conditioned roof. Well, everything except the city's newest adult attraction: legal weed.

According to the Las Vegas Review-Journal, the Nevada Governor's Office Gaming Policy Committee concluded on Monday that the state's gaming and cannabis industries should have no intersection, recommending that cannabis use and sales be banned from all casino resort properties. Because casinos are required to follow all federal laws in order to keep their gaming licenses, panel members on both side of the legalization debate expressed a need to keep gambling and ganja separate.

"Before, it was not clear when you had a conference whether there was a violation of the gaming law," Senator Tick Segerblom, one of the state's most vocal legalization proponents, said after the Committee vote. "The reality is that until the feds decide what they're going to do, we can't have marijuana in the hotels. So short of that, we need to figure out how to do business because this is a huge economic opportunity, too."

Across Nevada, casinos hand out alcohol to patrons freely and are some of the last remaining businesses to allow cigarette smoking indoors. So when the Silver State rolled out legal cannabis sales in July of 2017, locals and tourists alike were understandably frustrated that they wouldn't be able to spark up at Caesar's or buy bud at the Bellagio.

Since enacting legalization more than a year ago, Nevada regulators have debated the cannabis-in-casinos topic time and again — each time dismissing the idea, thanks to persistent federal barriers. In the new decision, the Governor's Committee does allow for cannabis-focused conventions to be held in local resorts, but without the presence of any THC or CBD-laden products.

"Part of the collision here is our gaming licensees are required to comply with both federal and state law, which they have done," Nevada Governor Brian Sandoval said after Monday's vote.

As social-use cannabis cafes finally begin to open in Denver, Nevada — and Las Vegas specifically — appears to be far off from licensing public consumption businesses for 420-friendly tourists, even outside of hotels and casinos.

To try and avoid the same social use pitfalls found in Las Vegas, Atlantic City is preparing to accept legal weed. Not only is America's East Coast gambling hub aiming to allow destinations where you can buy pot, but places you can use it, as well.

According to public radio station WHYY, Atlantic City Mayor Frank Gilliam has been a vocal proponent of the Garden State's push towards adult-use cannabis legalization, offering to employ a legal weed pilot program in the seaside tourist town. But as gambling profits in Atlantic City have dwindled over the past decades, Gilliam envisions marijuana as a way to bring life back to the boardwalk without it becoming a simple drive-thru stop for pot shops.

"I don't have the appetite to just be a pusher of the product. I don't want people to think that they should just come here, buy it, and leave," Gilliam told WHYY. "I want it to be… a destination, where folks can come here and enjoy it in a controlled area."

Gilliam has already taken a tour of Las Vegas' cannabis industry, and confirmed that Atlantic City casinos will most likely be subject to the same federal restrictions that ban on-premises use and sale. That said, he has also stressed the need for social use businesses, something that is sorely lacking in Sin City. Gilliam is hopeful that those businesses could lead visitors into the city's outer neighborhoods, and spread tourism dollars further than the beachside resorts.

"That could be good for Atlantic City," Gilliam said. "If we can roll it out correctly and create a destination facility or area, that would be ideal."

Back in Nevada, the state's Gaming Control Board will need to confirm the Governor's Committee's decision about banning cannabis in casinos — an action that is expected shortly.