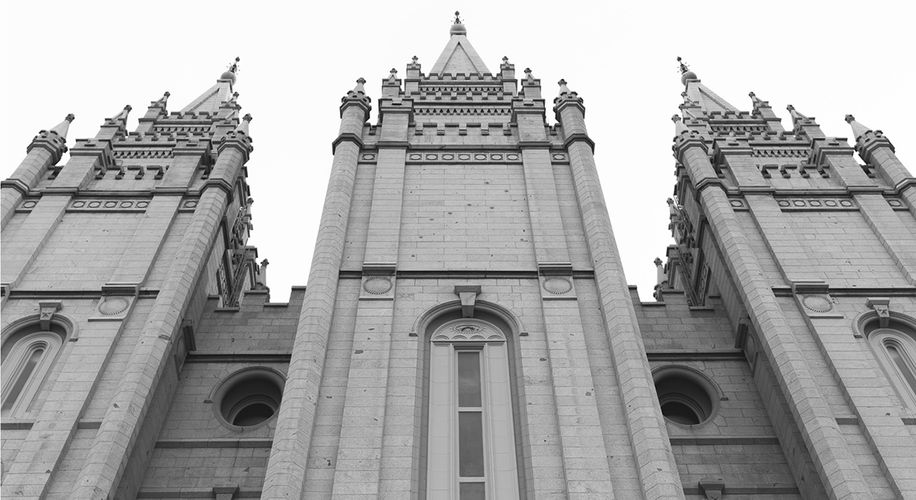 Mormon Leaders at Odds Over Medical Marijuana Legalization in Utah

There is nothing in Mormon doctrine that specifically outlaws cannabis, but leaders in the Church of Latter-Day Saints are trying their hardest to uphold pot prohibition in the Beehive State.

There is nothing in Mormon doctrine that specifically outlaws cannabis, but leaders in the Church of Latter-Day Saints are trying their hardest to uphold pot prohibition in the Beehive State.

In November, Utahns will head to the polls and vote on medical marijuana legalization. But while recent surveys have reported majority support topping 60% for the Beehive State cannabis reform measure, leaders in the Mormon Church, Utah's largest religious and social institution, remain torn on legal weed, casting a shade of uncertainty on the impending decision.

Over the past year, Utah cannabis advocates collected more than 150,000 signatures, and beat back opposition from a powerful doctors' lobbyist group and the DEA to finally secure a medical marijuana initiative on the state's midterm ballot.

According to the Los Angeles Times, though, as the impending vote approaches, rebukes from the Mormon Church demonizing the progressive proposal have increased, leaving practitioners across the state split on whether to blindly follow the church's direction, or to turn away from the organization and embrace cannabis as medicine.

More than 60% of Utah residents identify as Mormon, a subset of Christianity in which drinking, smoking tobacco, using illegal drugs, and even consuming coffee and tea are all strictly forbidden. But, under the church's lifestyle guidelines, called the Word of Wisdom, marijuana is not mentioned specifically, and instead merely grouped in with other illicit narcotics. With strong, addiction-inducing prescription drugs like opioids and barbiturates allowed by church leaders, Mormons dealing with chronic pain and other similar ailments are weary of the church's quick judgement.

"We're talking about medical marijuana, which science time and again has shown to have benefits for people in pain and suffering," DJ Schanz, a Mormon and the director of the campaign supporting the measure, told the LA Times. "People are being prescribed pills but can't use something natural."

In neighboring states like Colorado and Nevada, a number of Mormon Church leaders have embraced open cannabis users, refusing to punish followers who find solace in a natural medicine that is legal by state law.

"It seemed asinine that if I lived in another state, I wouldn't have to make such a difficult decision," Brian Stoll, a Utah Mormon who recently replaced a successful marijuana pain treatment regimen with opioid painkillers so that he could remain in good standing with the church, told the LA Times. "This is something that if I drive east or west — to Colorado or Nevada — is 100% legal and helpful to my situation. We're not talking about recreational. This is simply for medical."

Under the cannabis reform initiative's current structure, qualified Utahns would be able to purchase up to two ounces of medical marijuana every two weeks, but would still be restricted from smoking, made to either vaporize, eat, or otherwise ingest the medication. Still, despite those safeguards, Mormon leaders have repeatedly disseminated anti-cannabis statements claiming the proposal would pose "significant challenges for law enforcement," and compromise the health and safety of the state.

And with public support for cannabis reform at an all-time high, in Utah and around the country, Mormon cannabis advocates like Schanz are not surprised to see push back from the church, but expect to see an even greater embrace of common sense cannabis reform in the fall.

"People in the state are becoming more entrenched in their positions on this issue as traditionally nonpolitical entities weigh in," Schanz said in a statement to the Salt Lake Tribune. "We feel confident that in November, Utahns will continue to side with medical patients by affirmatively stating that these people who use cannabis for medicinal purposes are indeed patients and not criminals."