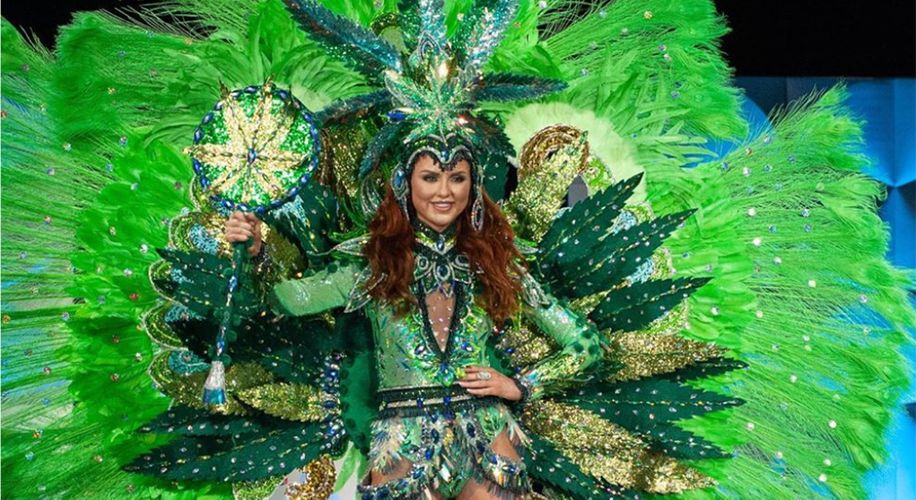 Miss Canada didn’t take home the winning tiara, but thanks to her costume entry, she was able to bring a little bit of attention to cannabis activism at the international competition.

Miss Canada didn’t take home the winning tiara, but thanks to her costume entry, she was able to bring a little bit of attention to cannabis activism at the international competition.

When an issue is as important as cannabis reform or ending the international War on Drugs, activism tends to appear in unexpected places. That was the case last week, when beauty pageant contestant Alyssa Boston used her platform at the annual Miss Universe competition to celebrate Canadian cannabis legalization.

According to the Huffington Post, Boston, who was crowned Miss Canada in August, wore a sparkly sequined weed leaf gown during the “National Costumes” portion of the pageant. The Miss Universe costume section was designed to give conestents the opportunity to represent their country through style. In past years, Miss Canada winners have chosen decidedly more conservative costumes, including looks inspired by the royal mounted police and hockey’s Stanley Cup trophy. This year, however, Miss Canada was feeling a little green.

“This sparkly green costume represents the legalization of cannabis for medical purposes,” the announcer explained during Boston’s runway opportunity. “This contestant wants to end the stigma that’s been around since 1920. If you’ve got the need, you can grab legal weed with Canada.”

In an Instagram post explaining the outfit, Boston said that she was attempting to decrease marijuana’s stigma and draw attention to the need for continued medical cannabis research.

“It was inspired by Canada’s recent legalization of cannabis, but most importantly, to end the stigma globally in hopes to spark more research for medicinal purposes,” Boston wrote in her social media caption.

There has been a negative connotation that has surrounded cannabis since the 1920’s based off racism and music culture. I am proud to come from a country that is listening to its people and science instead of propaganda and stigmas. With the recent legalization of Cannabis in Canada we are seeing a tremendous amount of medical benefits. In order to see more research at a global level we must come together to end the stigma and be the voice behind this milestone in our history Let’s open up the conversation #EndTheStimga #BetheVoice #CannbisSavesLives #BeOpenminded #Itsnotforeveryone #MissCanada #MissUniverseCanada Costume created by: @neftalijahaziel

Unfortunately, the shimmering pot leaf dress didn’t lead to a tiara being crowned on Miss Canada’s head; Miss South Africa eventually won the competition’s top award. But even without the Miss Universe title, Boston has now taken on a new role as the beauty pageant world’s leading cannabis advocate.`

“It’s a little different for a beauty queen to talk about cannabis,” Boston told the Windsor Star ahead of the competition. “It’s something that we’re very proud of here in Canada. It’s a brand new industry, and there’s a lot of potential that we see in the future.”