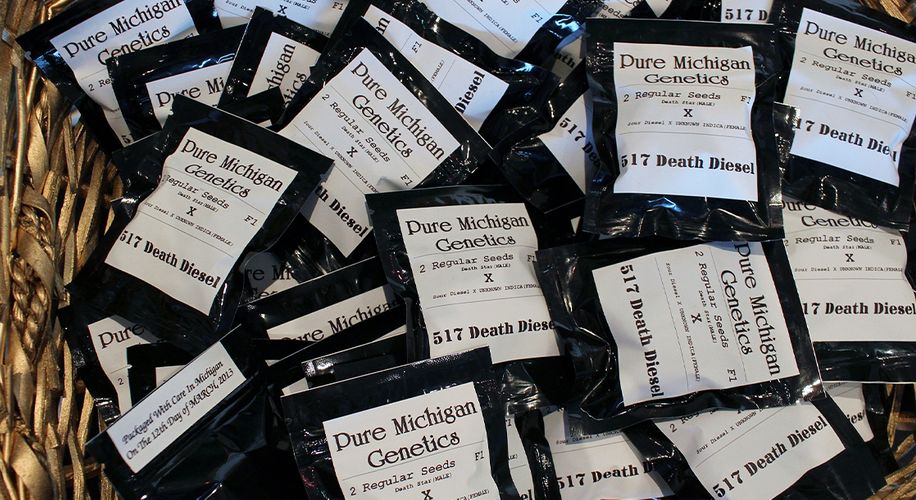 Michigan Has Already Sold $32 Million of Weed, But Wants to Restrict Legal Caregivers

Michigan's 36,000 medical marijuana caregivers will no longer be able to sell product to licensed businesses as of October 1st.

Michigan's 36,000 medical marijuana caregivers will no longer be able to sell product to licensed businesses as of October 1st.

Just three months after Michigan’s adult-use cannabis market sold its first gram of legal bud, state regulators are set to shake up the industry, with plans to eventually remove more than 36,000 legal caregivers from the supply chain.

According to the Michigan Live, the Michigan Marijuana Regulatory Agency (MRA) issued a state-wide memo this week, announcing that medical marijuana caregivers will no longer be able to sell product to licensed businesses as of October 1st.

Since 2008, registered Michigan medical caregivers have accounted for two-thirds of all marijuana in the legal market, with home and small farm growers supplying thousands of pounds of weed to dispensaries. But with seed-to-sale tracking now mandated for all cultivators, MRA officials are ready to put the kibosh on the caregiver marketplace.

“The Marijuana Regulatory Agency’s goal is to stimulate business growth while protecting patient safety,” an agency memo read. "To support that goal, the [Marijuana Regulatory Agency] will implement a phase-out process for the transfer of marijuana and marijuana products into the regulated market from caregivers. The phase-out process will occur between March 1, 2020 and October 1, 2020, with a final termination of all external marijuana transfers on September 30, 2020.”

During the first three months of legal sales, state statistics show that Michigan’s licensed cannabis sellers brought in more $32 million dollars, averaging more than $10 million per month. At the same time, January figures showed that 38.2% of the 2,968 total pounds of pot sold that month came from caregivers. With numbers that large, regulators and industry insiders alike are certain that the transition away from caregivers will come with a new set of complications.

“Anytime there are regulatory changes, we can expect market fluctuations including pricing,” Michigan Cannabis Industry Association Director Robin Schneider said. “In this case, they are giving us seven months notice to prepare for the change, and we are grateful for that. There are many new licensed grows that just came online or are almost ready, so we are hopeful with this advance notice we will be better positioned to meet demand in time for the deadline.”

When regulators crafted Michigan’s legal program, strong tracking and testing standards forewarned the end of the caregiver-to-patient pipeline. To make up for the thousands of residents pushed out of the legal weed market, consumer advocates pushed to create small farmer licenses specifically aimed at transitioning caregivers into the formal industry.

“We very intentionally included the 100 plant grow licenses in our recreational ballot initiative in hopes that more caregivers and independent entrepreneurs will have an opportunity to participate in the licensed and regulated market,” Schneider told MLive.

In the meantime, though, the move to wean the industry off caregivers is expected to result in supply shortages and price hikes, especially when it comes to vape cartridges and other concentrates, which are scheduled to be the first caregiver products banned. Nevertheless, MRA officials see the adjustment as a necessary step in securing a successful future for the nascent industry.

“We have always put patients first when we make decisions regarding medical marijuana,” Marijuana Regulatory Agency Director Andrew Brisbo said. “This phase out process is an important next step in implementing the will of Michigan voters and making sure that patients continue to have access to their medicine.”