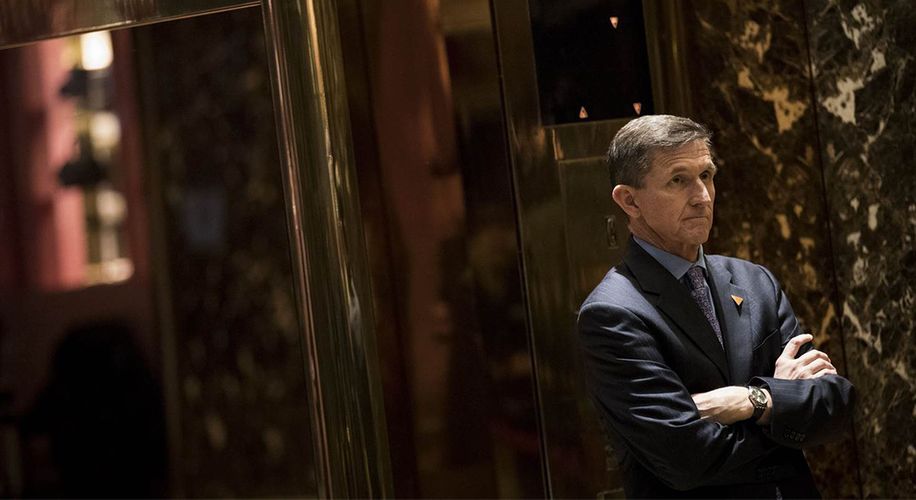 President Trump’s national security advisor steps down after allegedly discussing US sanctions with Russian official back in December.

President Trump’s national security advisor steps down after allegedly discussing US sanctions with Russian official back in December.

On Monday evening, President Trump’s national security advisor Michael Flynn stepped down from his high-ranking position amid controversial ties to Russia. After being caught talking inappropriately about US sanctions over the phone with a Russian official back in December, prior to Trump’s inauguration, Flynn allegedly provided Vice President Mike Pence with “incomplete information” on matter.

Earlier that day, White House press secretary Sean Spicer ominously told the press that Trump was “evaluating the situation” with Flynn. In a classic case of deflection, the president responded to the subject by praising his Chief of Staff Reince Priebus. Meanwhile, just an hour before the resignation, Trump’s senior advisor Kellyanne Conway sang a different tune, stating that the president has “full confidence” in Flynn.

"Unfortunately, because of the fast pace of events, I inadvertently briefed the Vice President Elect and others with incomplete information regarding my phone calls with the Russian Ambassador. I have sincerely apologized to the President and the Vice President, and they have accepted my apology."

The controversy started to gain steam over the weekend following accusations that Flynn had lied to Pence about his discussion of US sanctions. The national security advisor initially denied the allegations, but his spokesman later told the Washington Post “that while he had no recollection of discussing sanctions, he couldn't be certain that the topic never came up.”

The sanctions involved in Flynn’s alleged discussion were placed on Russia by former president Barack Obama after accusations that the country meddled in the US election. Trump and his administration have been lambasted by the left for their sketchy ties with Russian president Vladimir Putin, and Flynn’s resignation proves those concerns to be valid ones.

It is unknown at this time whether the former national security advisor misled the administration alone or if others knew about the December phone call. However, what is known is that the White House was briefed on the alleged phone calls last month. Before being fired by Trump for speaking out against his executive order on immigration, former acting attorney general Sally Yates warned that Flynn was vulnerable to Russian blackmail.

As the House Intelligence Committee continues their investigation of Trump’s alleged contact with Putin, it’s possible that the Flynn debacle could be the first of many involving Russia. Either way, the allegations prove a clear disconnect within the White House. Some Democrats have already started using Flynn’s resignation as a reason to accelerate the investigation of Trump and his potential Russian connections.