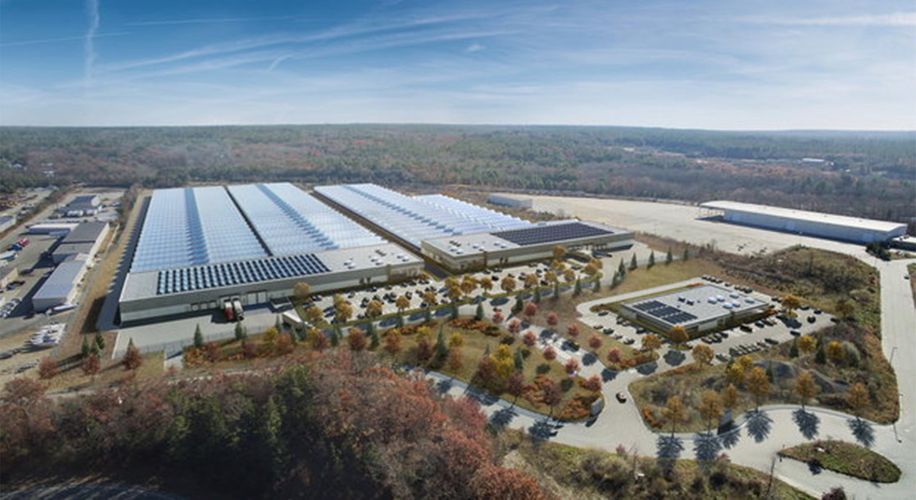 The new facility, scheduled to open in the fall, will be one of the largest cannabis grow centers in the United States.

The new facility, scheduled to open in the fall, will be one of the largest cannabis grow centers in the United States.

In November’s election, voters in Massachusetts made a groundbreaking decision to legalize recreational cannabis, setting the stage for the East Coast to finally get officially involved in the growing industry.

Even though state lawmakers have recently delayed the retail aspect of the new recreational market, the industry is still set to blossom in Massachusetts. In fact, the state is already planning on housing one of the largest marijuana growing facilities in all of the United States.

Denver-based cannabis company AmeriCann purchased 53 acres of land in Bristol County for $4,475,000 from Boston Beer Company, and plans to turn the property into a million-square-foot state-of-the-art cannabis cultivation facility. The future Massachusetts Medical Cannabis Center is scheduled to open next fall, and the construction will start with a 130,000 square-foot facility dedicated to cultivation and processing. 30,000 square feet will be dedicated to cannabis research and development. From there, additional structures will be constructed as new tenants move into the space.

Since AmeriCann is a publicly traded company, they don’t grow or process cannabis themselves. Instead, they are planning on filling the facility with like-minded growers and companies looking to capitalize on the new market in Massachusetts. The first tenant lined up for the facility is the non-profit organization Coastal Compassion, Inc.

According to AmeriCann CEO Tim Keogh, this cannabis cultivation facility has been in the works for a long time. Construction will begin in March, and all tenants working within the center will be cultivating cannabis for sale in the state of Massachusetts only.

The Massachusetts Medical Cannabis Center is the perfect example of how the industry is shifting from a niche market to one that is fueled by mass production. AmeriCann obviously sees a lucrative opportunity in the Northeastern state, and is getting ahead of the recreational game by building this massive grow facility.