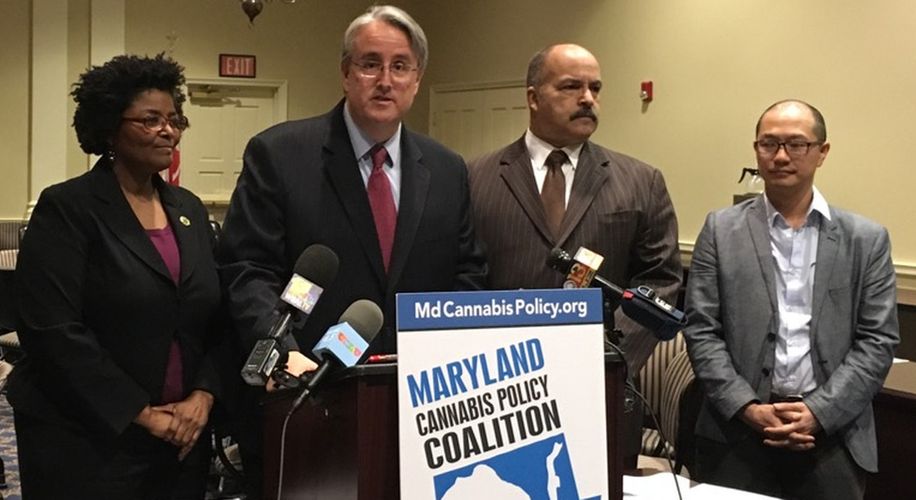 The Maryland legislature is currently discussing a proposal to allow recreational marijuana use in the state. However, no one expects recreational use to actually be legalized this year, not even the sponsors of the legislation. But legalization advocates are hopeful that this year's debate will set them up for next year's legislative session, when a full-on effort is planned to either put marijuana legalization on the next voters' ballot, or to get the state General Assembly to legalize pot outright.

The legislature is also debating numerous other bills relating to the state's medical marijuana program. Last year, the Maryland Medical Cannabis Commission awarded 15 preliminary licenses to grow medical marijuana, 15 to process it, and 102 to sell it. However, the Legislative Black Caucus of Maryland is trying to dissolve the cannabis commission and start over, because none of the licenses were granted to black-owned businesses.

“On a nation that was built on the backs of black folks, I just don’t see how we can, as a progressive state, stand here and tolerate the current conditions,” state Sen. Joan Carter Conway said. Black Caucus leaders are negotiating changes to new diversity bills, which will come up for a vote within the next few weeks.

The state is also considering a bill that would expand the number of approved medical marijuana growers, but some companies that have already been approved are fighting these efforts.  State Senator Robert A. Zirkin, chair of the Senate Judicial Proceedings Committee, is also concerned that authorizing more businesses could cause already-approved companies to sue the state.

Zirkin said that his top priority is granting patients access to medical marijuana without delay. “I want to see patients have this medication yesterday, not in a year, not in three years,” he said. “They’ve waited long enough.”