NEWS
Mark Your Calendars for the First Latin American Cannabis Cup Happening This Summer
AD
It’s all going down August 7th and 8th in Costa Rica
Published on March 23, 2021

Cannabis cups have been around in Latin America since the beginning of the century, but rarely do they attract global attention.

The creators of the Mexican Cannabis Cup (better known as Copa Cannábica Mexicana) are hoping that’s due to change. They recently announced the first Latin American Cannabis Cup (Copa Latinoamericana del Cannabis) will take place on August 7th and 8th in Costa Rica, at an as-yet-unannounced location.

Organizers are hoping that the event will showcase the talent of Latin American growers and extractors, as legalization is gaining steam in the region. Mexico is inches away from becoming the world’s largest recreational market, Uruguay was the first country to legalize recreational cannabis in the world; while Argentina — where a recent weed expo drew hundreds of thousands of attendees — Brazil, Chile, Colombia, Paraguay, and Peru have all legalized medicinal cannabis in some capacity. In the Caribbean, Jamaica made key reforms in 2015 decriminalizing cannabis possession, permitting self-cultivation, and legalizing religious and medicinal uses. 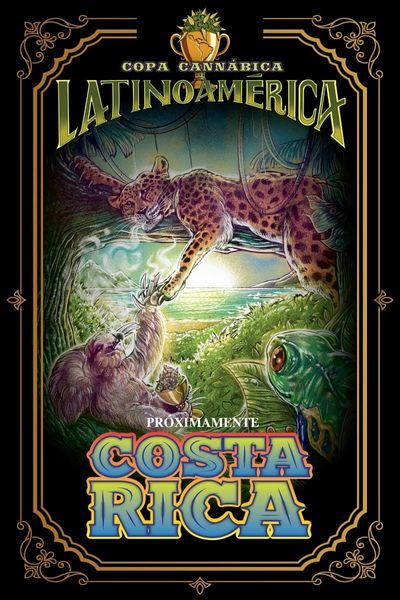 “This event is meant to highlight Latin America in the cannabis movement at the global level,” says Alonso Soria, the event’s organizer. “Right now, the culture is very centralized in places like Barcelona, Holland, and the United States. We think this event will deliver a very intense punch for cannabis culture here in Latin America. There are so many countries that are coming up strong here.”

It’s hard to overestimate the role that cannabis cups have played in the development of cannabis quality. The competitions, originally pioneered by High Times Magazine, have offered massive opportunities for cultivators to come together and trade tips on how to coax the finest bud into being.

(Oh, and just FYI: In case you’re ready to book that flight, keep in mind that Costa Rican cannabis laws are vague, but possession of a “small amount” of weed is considered to be decriminalized — not legalized. There is a huge difference between the two.) 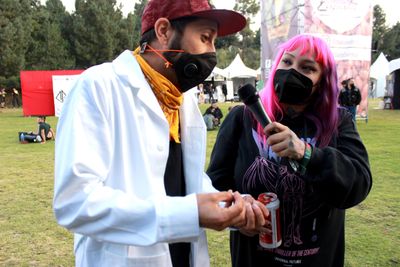 For Soria, the event will be a chance for Latin American marijuana to show the world what it’s made of. “We want to show that we can compete with the quality, even in the countries with legal cannabis,” he says.

NEWS
EVENT
CULTURE
ACTIVISM
MORE...
Caitlin Donohue
FOLLOW
Caitlin Donohue is a Bay Area-raised, Mexico City-based cannabis writer and author of She Represents: 44 Women Who Are Changing Politics and the World. Her weekly show Crónica on Radio Nopal explores Mexican marijuana culture and politics in the prohibition era. Follow Caitlin on IG @byrdwatch.
Share this article with your friends!
AD
By using our site you agree to our use of cookies to deliver a better experience.
Accept
Decline
MORE FROM MERRY JANE