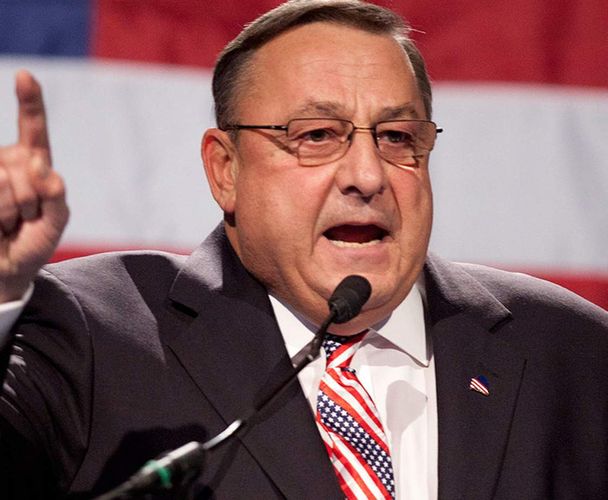 The Governor of Maine Wants to Eliminate Medical Marijuana Program

“Why do we need medical marijuana?" LePage said.

“Why do we need medical marijuana?" LePage said.

Now that marijuana has been made completely legal in Maine, Governor Paul LePage says that perhaps the time has come to eliminate the state’s medical marijuana program.

On Thursday, during his weekly discussion with WGAN News Radio, LePage said the medical marijuana industry was longer necessary because there would soon be a fully legal cannabis market in place for people to purchase weed for whatever reason they see fit.

“If you’ve got recreational marijuana, it’s over the counter,” LePage said. “Why do we need medical marijuana?

It is no secret that Governor LePage is one of the most swill-wielding, anti-marijuana politicians to ever be spit out of the business end of the great American democracy. Earlier this year, right before the state’s recreational marijuana initiative (Question 1) went before the voters, he released a video (which has since been taken down) blatantly calling marijuana “deadly” as well as a gateway to heroin addiction.

It was clearly a desperate attempt to get some of the state’s residents to buy into his bullshit and vote against the proposal.

Fortunately, the video was only “live” long enough to unleash the fury of a few local marijuana advocates, and one or two national cannabis publications even ran with the story – mostly making fun of LePage’s uncanny ability to produce verbal diarrhea every time he opens his mouth.

However, his latest scheme may actually be a stroke of genius on his part in terms of creating chaos within the legal cannabis industry. It appears as though he wants to pit the state’s medicinal sector, which opposed Question 1 in the first place, against the newfound recreational trade to somehow show that all of this legal weed herky-jerky was simply a bad idea.

Lepage, who says the state’s recreational pot initiative was “poorly written,” told WGAN that he fully intends to petition the state legislature in the coming months to address several issues with the new pot law. He said he would also call on them to dispose of the medical marijuana program.

Although Question 1 is said to have passed by a narrow margin, election officials are still recounting the ballots, at the request of marijuana’s opposing forces, to determine whether the state was actually successful in becoming one of the eight states to end prohibition.

The recount is expected to be finished sometime in early 2017.