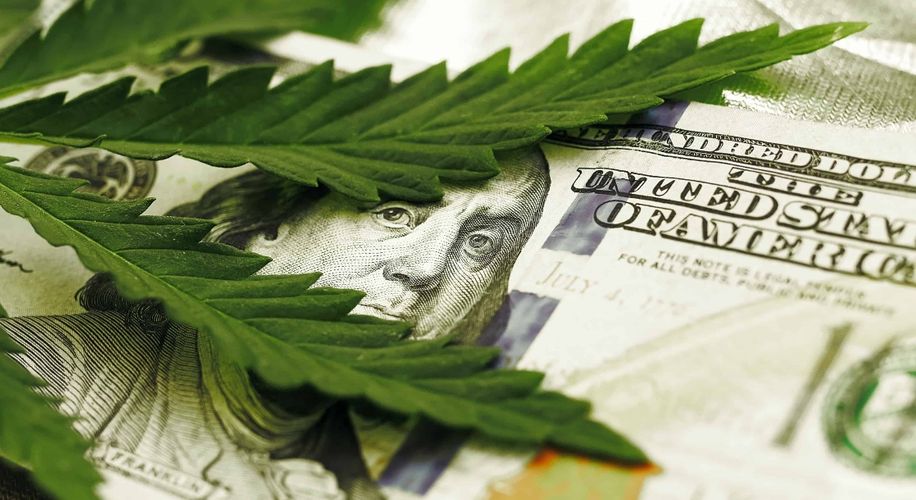 Legitimate Banks Are Starting to Work with Weed Companies, Despite Prohibition

The financial industry is growing increasingly confident that Congress will eventually remove the restrictions preventing them from serving the cannabis industry.

The financial industry is growing increasingly confident that Congress will eventually remove the restrictions preventing them from serving the cannabis industry.

Over the past year, the number of banks and credit unions now serving the cannabis industry has grown by 62 percent, even though the federal government strictly prohibits these institutions from handling funds connected to what it deems an illegal drug.

This data comes from the Financial Crimes Enforcement Network (FinCEN), a federal watchdog that monitors monetary transactions to ferret out money laundering, fraud, or other crimes. Banks are required to file suspicious activity reports (SARs) every time they encounter certain kinds of activity. In 2014, the Obama administration released a cannabis banking guidance that required banks to file SARs if they noticed any activity connected with cannabis businesses.

“As of 30 June 2019, FinCEN has received a total of 87,249 SARs using the key phrases associated with [marijuana related businesses],” the agency wrote in a recent report, Marijuana Moment notes. Around 22,000 of these SARs were marked as “marijuana termination,” indicating that a bank terminated the account of a cannabis business that violated federal or state cannabis laws.

Most of these SARs (68,378) were described as “marijuana limited,” however, indicating that the businesses in question were complying with all state laws and regulations.

Gallery — Prohibition Was Meant to Be Broken:

Under current federal law, any financial business that handles accounts relating to a federally-prohibited drug can be charged with money laundering, even if their client is fully compliant with state law. This has convinced the vast majority of financial firms to steer well clear of the pot industry, regardless of state legality.

These restrictions could soon come to an end, however, thanks to the SAFE Banking Act, which would make it legal for financial institutions to serve any cannabis business that complies with state laws.

This fall, the House of Representatives approved this landmark bill, which could account for a further spike in banks willing to take the risks involved in servicing the cannabis sector. But before it can become law, this bill must still be approved by the Senate, and insiders believe that this approval is far from guaranteed. Until the bill is finally approved and signed by the president, the future of cannabis banking remains uncertain.

“While the SAFE Banking Act focuses on harmonizing federal and state banking laws regarding serving legitimate cannabis businesses and their service providers, there are still several issues where the federal government could provide more clarity,” said Rep. Ed Perlmutter (D-CO), the bill's sponsor, to Marijuana Moment. “The Department of Treasury and its regulatory agencies should issue guidance on behalf of all federally licensed businesses engaging in, or considering engaging in, the legal cannabis trade, or hemp and CBD trade, with respect to their engagement in a legal business.”