NEWS
Is the Price of Legal Weed Going to Be Way Too Expensive in 2020?
AD
The reason the "traditional" cannabis market continues to thrive is because legal weed products are hella expensive. A new report indicates that the price of regulated cannabis might soon be on the decline, though. Will the cost decrease last?
Published on February 19, 2020

Sure, potheads may have different preferences as to what products they like. But there’s definitely one thing customers of licensed dispensaries have in common: We all want lower prices.

With high regulatory fees and exorbitant taxes tacked onto the cost of legal cannabis products, consumers across the United States are looking for relief at the cash register. And, according to a 2019 report recently released by LeafLink, a cannabis wholesale e-commerce platform, maturing markets and increased competition may soon begin to edge prices lower. According to industry insiders, however, it’s still too early to say if that’s going to be a continuing trend.

Using data compiled from wholesale cannabis transactions from 10 different states, which totaled more than $860 million, LeafLink compared 2019’s prices across five product categories to the previous year’s figures. And while average pricing dropped overall in all product categories except one — edibles and ingestibles — Suzannah Rubinstein, LeafLink’s director of marketing, told MERRY JANE in a telephone interview that it’s premature to identify any specific trends, noting that "the pricing fluctuation was driven by sharp changes in one or two specific markets."

The guide provides an overview of how wholesale pricing in specific markets compares to the national average, and also includes analysis of the impact that price points have on product sales. And, while the guide provides an informative snapshot of prices in each state, Rubinstein said the national averages don’t paint a clear picture of the US market as a whole, citing wholesale prices of flower as an example.

“We found that the price of flower decreased by 7.97 percent nationwide, but in reality when we dug into the data, the change was largely driven by significant drops in flower prices in California and Oregon,” explained Rubinstein. “California had a drop in flower pricing of 21 percent, and Oregon had a drop of 24 percent,” although data from Marijuana Business Daily suggests that wholesale prices in Oregon may be rebounding this year. 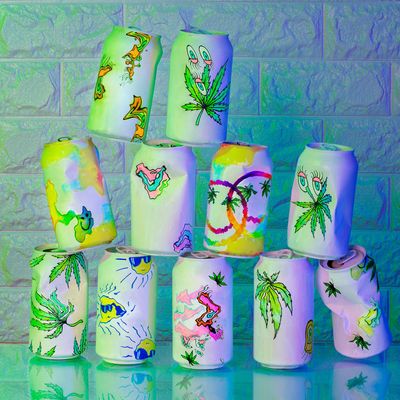 Most other product categories also showed a drop in average prices, although there were some regional exceptions. Cannabis concentrates saw the largest drop in prices, with a reduction of more than 16 percent over last year. California was the only state that saw an increase in the category, with a rise in prices of nearly 8 percent. Vape cartridges, down 3.78 percent, saw the smallest decrease among categories that showed a price drop.

The only product category that showed an increase in pricing overall was cannabis-infused foods and drinks, which posted an increase of nearly 27 percent nationwide. However, Rubinstein noted that the jump was driven primarily by increases in just two states.

The average price of edibles jumping in those states doesn’t mean that consumers are necessarily stuck with paying more. Upon further analysis, LeafLink discovered that the increase was fueled by new high-end edibles.

“Those were big numbers, so we wanted to dig into that a little bit more,” Rubinstein explained. “And we think that it's really just something that's reflected in the average price due to the addition of some really expensive brands to the marketplace. When we look at the median price of edibles in Oregon and Washington, there's virtually no change year over year." 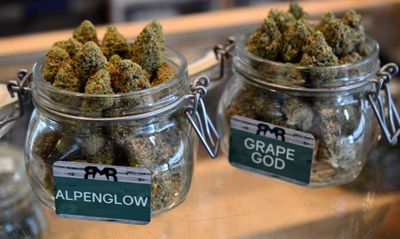 Can We Get Some Insight Into Pricing, Please?

Jamie Pearson, the CEO of multi-state edibles company Bhang, said that despite the increase in the average price of infused foods and beverages in Oregon and Washington, she believes that prices in the product category are headed down overall. With many retailers making buying decisions strictly based on price, Pearson said that many manufacturers are cutting prices, as well.

"With edibles, we've seen our competitors race to the bottom," she said in a phone interview.

Instead, Bhang has decided to differentiate itself from the competition by providing a superior product. The company’s dark chocolate bars, Pearson explained, are 73 percent cacao, adding that they are “absolutely delicious” without tasting like cannabis.

"The people who like our chocolate are going to pay for it,” she said. “So, rather than racing to the bottom, we've actually decided to hold firm, or, in some cases, increase our prices with the increase in material cost.”

Pearson said Bhang hasn’t seen a dip in sales while keeping higher prices. She believes edibles companies that are putting out high-quality goods will be able to command a higher price than competitors providing inferior products.

"There's always a market for that premium product, and that's where we see ourselves,” she said. “We're definitely one of the more premium products in the market because we don't skimp on anything."

Quality, of course, isn’t the only factor influencing the price of cannabis products. Ben Kovler, the founder and CEO of Green Thumb Industries, an Illinois-based vertically-integrated cannabis company with operations in 12 states, said that different market forces from state-to-state are responsible for varying prices. In the eastern half of the country, where legalization is relatively new, higher costs for raw materials translate into higher prices, while more mature markets out west have more production capacity in place. Some states, including Oregon and Nevada, have even seen gluts of pot bring prices down.

Currently, it’s difficult to say if cannabis prices are really trending up or down overall in any meaningful way. For that to happen on a grand scale, we’ll have to wait for federal legalization that leads to interstate commerce and commoditization in the industry.

"We'll eventually get to uniformity, but the unique supply and demand conditions and the fact that different products are available in different markets make it so there's some pricing anomalies state to state," said Kovler.

Rubinstein of LeafLink agrees, saying that the inevitable federal legalization of cannabis will lead to lower prices for consumers. She also noted that, in general, the states that have had legal weed the longest have the lowest prices. As legal cannabis markets mature, economies of scale and increased competition tend to put downward pressure on prices. Even so, with the ongoing volatility of the cannabis industry, Rubinstein is hesitant to say that this year’s report on wholesale pricing is indicative of a trend of falling prices.

"The inclination for me is to be very careful about making sweeping predictions because the cannabis industry is so segmented by market,” she said. “Some of these markets are still so new that it's really hard to make year over year predictions."

LEGALIZATION
DISPENSARIES
CULTURE
INDUSTRY
MORE...
A.J. Herrington
FOLLOW
A.J. Herrington is a freelance writer focusing on cannabis news, business, and culture and has written for publications including High Times, Sensi, and HEMP. When he's not banging away at the keyboard, you'll probably find him tending to his plants in the garden.
Share this article with your friends!
AD
By using our site you agree to our use of cookies to deliver a better experience.
Accept
Decline
MORE FROM MERRY JANE