NEWS
Is the Cannabis Industry Seeing Its First Market Crash?
AD
After years of riding on ever-rising profits, the world’s biggest cannabis companies recently lost nearly $10 billion in investments. What’s happening, and does this signal a longer bearish run?
Published on October 14, 2019

Canada’s federal cannabis program, which is largely operated by five companies, saw a total market loss of $23 billion since September 2018, according to the Wall Street Journal. In the US, two companies canceled a merger last week that would’ve been worth $700 million. 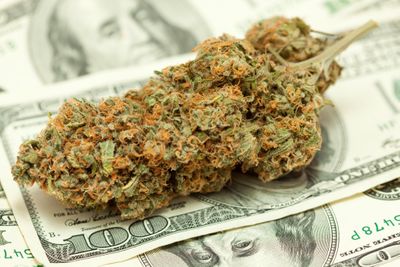 News regarding an increasing number of VAPI cases in the US, and one new case in Canada, is partly to blame for the dip. Health authorities have not determined what’s causing VAPI, and the illness has already hospitalized over 1,300 people and caused at least 23 deaths since the summer.

As reported by Forbes, Canada’s top four cannabis companies — producers Tilray, Canopy Growth, and Aurora Cannabis, and the investment firm the Cronos Group — lost $10 billion in market value since August 1st, when the CDC began investigating VAPI in the US.

Vape products make up anywhere from 10 to 25 percent of marijuana sales in US states where it’s legal. In Canada, marijuana vapes are not yet legally available, but new vape regulations are supposed to be finalized by October 17th, with sales beginning December 16th. Canadian regulators may delay the roll-out of cannabis vapes, which would put a huge financial dent in an industry that’s currently investing millions of dollars in time, capital, cultivation, and human resources into launching a product that may be banned before it even hits the Canadian market.

VAPI begins with shortness of breath, fevers, stomach pains, and vomiting. If untreated, it progresses to severe lung malfunction, with death resulting from complete respiratory failure. The illness has been linked to unlicensed, black market marijuana vapes produced with cheaply made Chinese materials, though authorities have not yet ruled out nicotine-containing e-cigs or regulated, licensed marijuana vapes.

Regardless, many consumers aren’t taking any chances, and all vape sales — nicotine and marijuana — have significantly declined in the past few weeks. Massachusetts, Washington State, Oregon, and Rhode Island have implemented temporary bans on some or all vape sales. 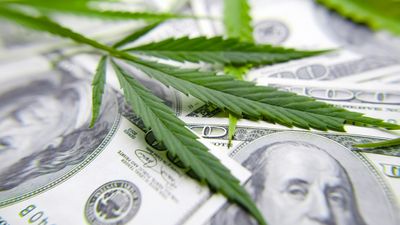 The VAPI scare isn’t the only thing bringing down marijuana stocks. Corporate mismanagement, market hype, and overblown profit forecasts are also to blame.

“People are less than pleased with the results out of Canada recently,” Glenn Mattson, a financial analyst at Ladenburg Thalmann, told the Wall Street Journal. “They are unhappy with the lack of retail infrastructure, and the ability to build up that infrastructure.”

For instance, Health Canada accused producer CannTrust of operating at least two unapproved grow facilities in July, which resulted in thousands of kilograms of product being put on hold and the company’s CEO, Peter Aceto, getting fired. The investigation not only triggered a stock price drop for CannTrust, it also affected Canada’s entire cannabis supply line, exacerbating a weed shortage problem that’s been going on for nearly a year.

The market hype and then near-instant implosion of the marijuana-infused drinkables market contributed to severe stock declines, too. Hexo Corp., which partnered with Molson Coors Brewing Co. to produce cannabis beverages in Canada, saw its stock plunge 38 percent this week. The company reported that it overestimated its projected 2020 earnings of $300 million and corrected its expected annual sales at only $35 million to $37 million USD.

Also in July, Canopy Growth, Canada’s largest cannabis producer, ousted CEO Bruce Linton after poor sales performances. Linton told MarketWatch that Canopy’s stock hit was mainly due to a $4 billion investment from Constellation Brands, the company that makes Corona beer and Svedka vodka, which anticipated blockbuster sales from weed-infused drinks. So far, marijuana drinkables make up the smallest sector of legal weed sales in the US, and may not be popular in the Canadian market, either. At least, not for some time until after drinkables debut in the Great White North in December.

Meanwhile, in the US, what could have been one of the biggest cannabis mergers in American history fell apart last minute. California-based MedMen was set to acquire PharmaCann, a dispensary chain that operates on the Northeastern half of the US, in a $685 million merger. The termination of the merger, as well as the firing of MedMen’s CFO, Michael Kramer, caused MedMen’s stock price to fall nearly 10 percent last Tuesday.

MedMen and PharmaCann explained that the deal fell through because cannabis stocks have been underperforming across the board, and such a large, practically nationwide expansion would be too risky a venture. MedMen cited the drop in Horizons Marijuana Life Sciences Index’s price, which fell 50 percent over the last year. Horizons is a Canadian exchange-traded fund (ETF) for North American medical marijuana companies; instead of a stock that has only one company tied to its price, an ETF’s portfolio contains many securities across multiple companies and investors.

“The underperformance has made it increasingly more critical to allocate capital industry headwinds,” MedMen said in a press release. The company said it would instead primarily focus on its current operations in California. 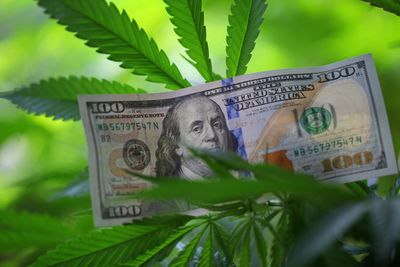 If there’s one thing that investors hate, it’s uncertainty. Risk is an inherent part of playing stocks, but rampant, widespread uncertainty indicates a market could be teetering on the brink of a crash. Horizons Marijuana Life Sciences Index price drop indicates the entire medical marijuana industry in Canada could be in danger of going bust. And since many US cannabis companies recently opened offices in Canada so they could access the stock exchanges there, their performance could also be affected by the Great White North’s market troubles.

Last year, Canadian cannabis investor and consultant Paul Rosen said that he expected a cannabis market crash similar to the dot com crash of 1999 and 2000. In the case of the dot com crash, mispriced stocks, irrational levels of investor enthusiasm, and the inability of companies to live up to their hype led to a major market correction. Back then, thousands of tech companies tanked, leaving only the top dogs to dominate the sector for years afterward.

“It wasn’t that the industry was a result of the underlying emerging internet economy not being credible or sustainable. The market was just right,” Rosen told MERRY JANE last October regarding the dot com crash nearly two decades ago. “But during the rush toward this pioneering new economy, that excitement and that emotion resulted in some less-than-rational routes on a company-by-company basis.”

“That happens all the time, but it’s more likely to happen when you have this much cultural fascination” in a nascent marijuana industry, he continued. “It’s not that it’s a bubble, but some companies are going to crash spectacularly.”

If the market slumps continue, then the cannabis industry in Canada could be facing dark times ahead. However, short-sellers may slow the stock plummets temporarily, at least long enough for the markets to recover. If this truly is a crash, it’s still too soon to tell.

NEWS
INDUSTRY
MONEY
STOCK MARKET
MORE...
Randy Robinson
FOLLOW
Based in Denver, Randy studied cannabinoid science while getting a degree in molecular biology at the University of Colorado. When not writing about cannabis, science, politics, or LGBT issues, they can be found exploring nature somewhere in the Rocky Mountains. Catch Randy on Twitter and Instagram @randieseljay
Share this article with your friends!
AD
By using our site you agree to our use of cookies to deliver a better experience.
Accept
Decline
MORE FROM MERRY JANE