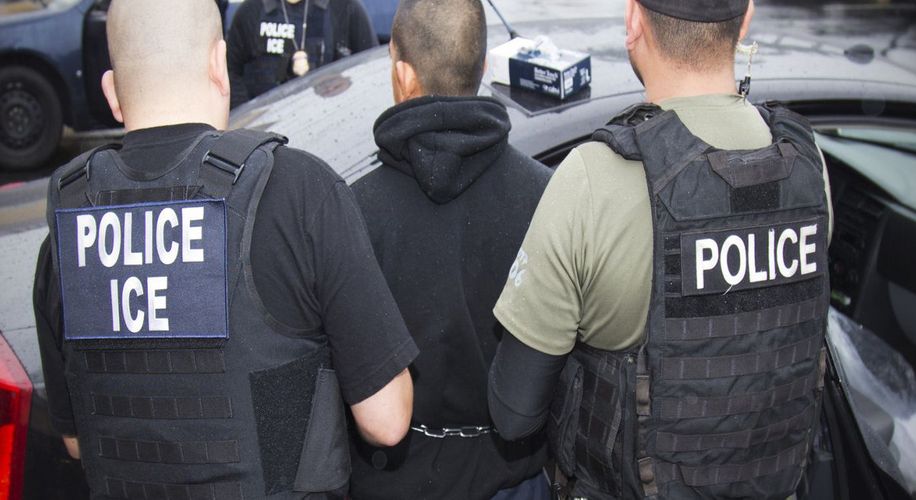 Immigrants Can Be Deported for Marijuana Use Despite State Legalization

Immigrants caught with weed can be arrested, deported, and banned from the United States.

Immigrants caught with weed can be arrested, deported, and banned from the United States.

Immigrant rights activists and attorneys are warning immigrants that states' legalization of marijuana does not prevent federal officials from deporting anyone over marijuana use. Undocumented immigrants who are caught possessing or using marijuana can be deported from the country and prevented from returning.

In January, the Immigrant Legal Resource Center issued a flier advising immigrants not to use or carry marijuana until they become full U.S. citizens. The flier also warns undocumented immigrants not to carry paraphernalia or medical marijuana cards, and to delete any incriminating pot-related photos from their phones and computers.

Virginia Kice, spokeswoman with the U.S. Immigration and Customs Enforcement agency, said that while the agency focuses on those who prove a threat to public safety, any immigrant who violates any law is at risk of arrest by ICE. “All those in violation of the immigration laws may be subject to immigration arrest, detention and, if found removable by final order, removal from the United States,” she said.

“It could happen that people think that now that it’s legalized, that it would be completely safe, but obviously in this era of increasing concern of criminalization, and the fact that the federal government has said it wants to crack down on marijuana on the federal level, we’re really just trying to help inform and be proactive with immigrants of these concerns,” said Angie Junck, attorney with the Immigrant Legal Resource Center.

Under current immigration laws, a person can be deported even though they have not officially been convicted of a marijuana-related crime. “Under the Trump administration, I think people need to be even more cautious because there’s been certainly an impression that enforcement is going to be dealt with more aggressively,” said Colorado immigration attorney David Kolko. “If they choose to use this marijuana issue as one enforcement tool, I think many immigrants … could be very vulnerable in terms of being able to stay in this country or move forward on their immigration cases.”