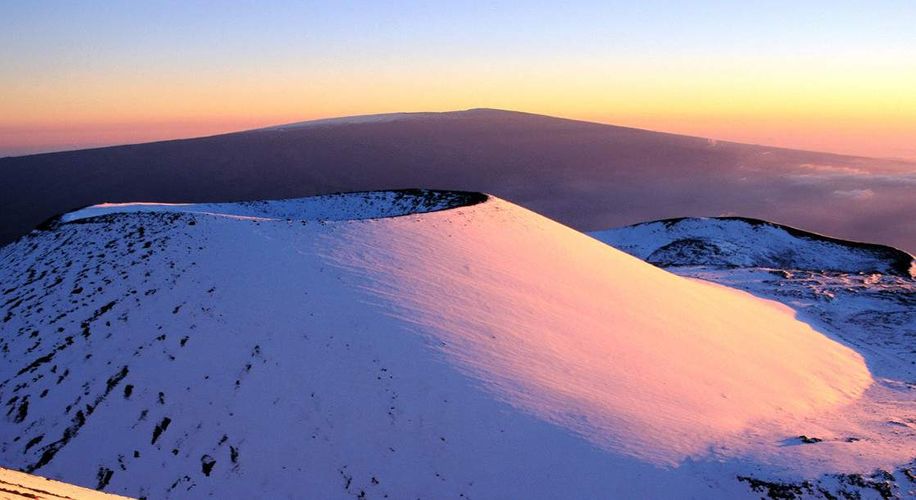 Hawaii Gets Pounded with Snow

The skiing will be fantastic this weekend.

The skiing will be fantastic this weekend.

A rare winter storm warning has been issued through Saturday, affecting Hawaii's Big Island. According to the National Weather Service, the island could see an additional foot of snow on top of the two feet of snow that has fallen since last Thursday.

The most affected areas are the summits of Mauna Loa and Mauna Kea. Both sister peaks are volcanoes and Mauna Kea peak holds the title for the highest elevation in Hawaii. Snowfall at Mauna Loa isn't unheard of, due to its altitude at 13,802 feet above sea level. A makeshift wave of thrill-seeking skiers and snowboarders have emerged to enjoy the snow, although no permanent or manicured ski club currently exists on the mountain. Skiing on the peak of Mauna Kea is discouraged due to its sheer cliffs and the danger from rapid altitude change. The rest of the island will be prone to heavy rains and possible flash flooding.

The next storm is a few hundred miles West of Kauai and will hit the islands by Sunday. “This one won’t be quite as strong when it moves over the Big Island, so we’re putting it as possibly 12 more inches of snow,” Matthew Foster, a staff meteorologist with the National Weather Service, told USA Today. “The grounds are already saturated now, so it doesn’t take much.”

Despite the unusual nature of snowfall in Hawaii, The International Business Times reported that the storm is not a result of climate change. A recent study, however, predicted that the fragile ecosystems of Hawaii will be negatively impacted by climate change. One of the ways climate change could affect Hawaii is by decreasing trade winds which disrupts rainfall patterns. The highest peaks of Mauna Kea saw a light dusting last year.

The only other area that sees as much snowfall as Mauna Loa is the Haleakalā volcano on Maui, which sits at over 10,000 feet above sea level. Travelers are advised to avoid tourist attractions that are located at high elevations.