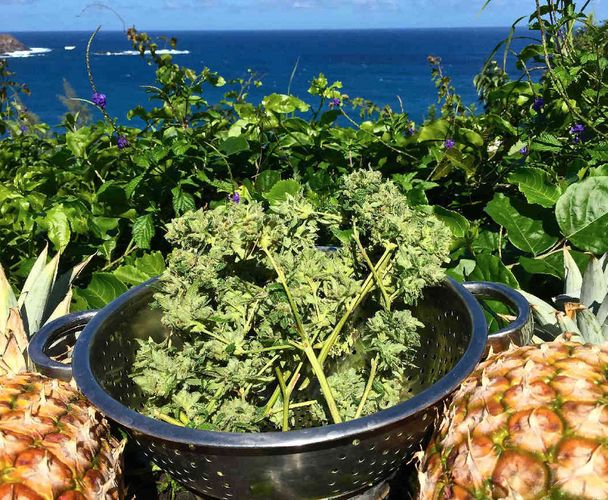 Will the public have a different opinion on the issue in 2017?

Will the public have a different opinion on the issue in 2017?

Lawmakers in Hawaii will duke it out during the 2017 session in an attempt to create a taxed and regulated cannabis market. Last week, a number of bills were introduced in the State Legislature aimed at making this happen.

The first bill (Senate Bill 814) calls for individual counties to be given the freedom to decide whether to legalize the “cultivation, possession, sale, transfer, and use,” of the herb for adults 21 and over. Essentially, the proposal would allow county governments to create ordinances in support of a legal cannabis trade.

However, another Senate proposal seeks to get Hawaii onboard with the eight other U.S. jurisdictions that have legalized for recreational use.

The measure (Senate Bill 548) is designed to eliminate prohibition throughout the island by establishing a fully legal cannabis market that allows the herb to be sold in a manner similar to beer. It also comes with a home cultivation clause; giving people the right to grow up to six plants at home for personal use.

There is some action in the House of Representatives to establish a legal framework for marijuana. A bill (House Bill 205) was recently introduced that, similarly to SB 548, would give adults 21 and older the ability to purchase weed at pot shops all over the state. The proposal would establish a possession limit of up to one ounce and restrict the number of plants allowed to be grown at home to five.

Interestingly, House Bill 205, which was introduced by Representative Joseph M Souki, recently survived its first reading in the House. However, it remains unclear whether the proposal has enough clout to go the distance.

Some lawmakers, including House Majority Leader Scott Saiki, do not feel confident a recreational marijuana measure will get the proper attention until the state gets a better grip on medical marijuana.

"Our state medical marijuana program is still not really off the ground, even though we authorized dispensaries a couple of years ago," he told Hawaii News Now.

But it still possible legal weed could gain the necessary support in the coming months.

In 2014, a marijuana proposal similar to the bills slated to be heard this year appeared to have enough support to get through the legislative process. However, the second it was put up for public comment, the issue was put down like a bad dog.

Yet, two years has a way of making a difference in the grand scheme of public opinion. A Gallup poll recently found 60 percent of the American population now believes marijuana should be legal nationwide.