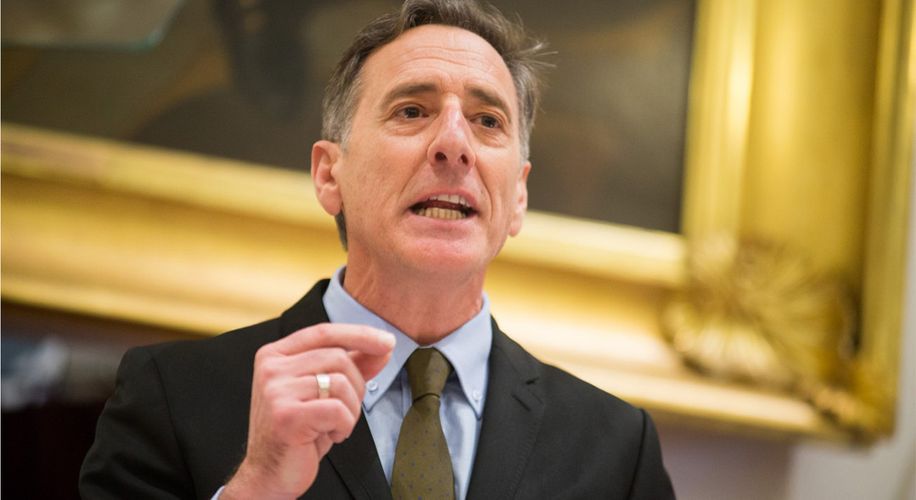 Vermont Gov. Peter Shumlin is expected to pardon hundreds of nonviolent marijuana convictions in his final days in office.

Vermont Gov. Peter Shumlin is expected to pardon hundreds of nonviolent marijuana convictions in his final days in office.

The progressive movement in the United States may be at its largest in California, but on the East Coast, Vermont is among the most liberal of states. The home state of US Senator Bernie Sanders decriminalized the possession of small amounts of cannabis in 2013, and is expected to be the next in line for recreational legalization.

Before parting Governor Peter Shumlin vacates his office on Thursday, the Democrat is expected to pardon hundreds of Vermonters that were convicted of minor marijuana violations. Last month, Shumlin allowed individuals who were found guilty for cannabis-related violations before decriminalization in 2013 to apply for pardons. His office received requests from almost 500 applicants.

The governor’s staff performed background checks after the Christmas day deadline, making it clear that applicants with violent criminal history would not be approved. The move is strikingly similar to President Barack Obama’s decision to commute hundreds of nonviolent drug-related felonies around the nation during his final months in office.

In addition to marijuana-related offenses, Shumlin also pardoned 10 others convicted of various felonies and misdemeanors, including the son of popular politician and former vice presidential nominee Geraldine Ferraro. While the pardons are likely welcomed by most Vermonters, newly elected Republican Governor Phil Scott has claimed that he’s not ready to support full-scale legalization just yet.

The Vermont Senate passed a bill to end cannabis prohibition in February 2016, but the measure failed to pass in the House of Representatives. Still, the two governing bodies reached an agreement afterwards to set up a series of six future hearings to discuss the issue.

Despite the new governor’s shaky stance on recreational cannabis, there is a growing belief that legalization in the surrounding states of Massachusetts and Maine will have an impact on future legislation in Vermont. The future of recreational cannabis in the state could also be at the mercy of President-Elect Donald Trump and newly nominated US Attorney General Jeff Sessions, who reportedly has a plan to change the federal cannabis policy.

The future of cannabis might be a bit hazy in both Vermont and the United States as a whole, but people unjustly convicted on draconian marijuana charges are finally receiving justice. And that is something to celebrate.