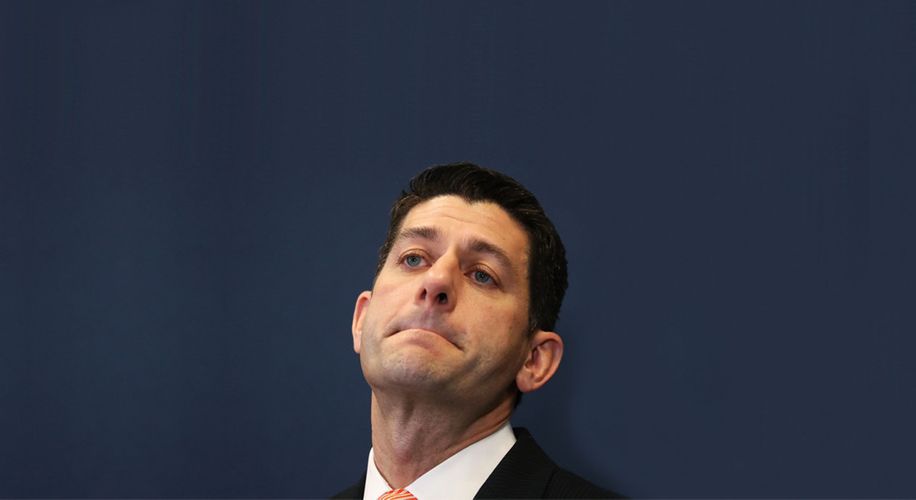 The Affordable Care Act will remain in place for the foreseeable future.

The Affordable Care Act will remain in place for the foreseeable future.

In the seven years before Donald Trump's Oval Office takeover, the Republican party focused almost all of their collective energy on opposing the hallmark healthcare reform passed by former President Barack Obama. But, when it finally came time to repeal and replace the Affordable Care Act, Trump and his fellow GOP leaders fell flat on their faces.

On Friday, Republican leaders pulled their controversial American Health Care Act hours before a scheduled vote, cinching a deflating defeat for both President Trump and House Speaker Paul Ryan. Clearly aiming to please both sides of the GOP, the Trump-backed healthcare reform ended up alienating both hardline conservatives and moderates.

According to the New York Times, those on the far right felt that the bill left too much of "Obamacare" intact, while moderates feared that proposed cuts to tax subsidies and Medicaid would leave many of their constituents uncovered.

After the vote was delayed on Thursday due to Republican opposition, Trump laid out an ultimatum to the House, reportedly commanding them to pass the repeal on Friday or be stuck with Obamacare for good. Trump’s pleads to the Freedom Caucus, an extremely right-wing subset of the GOP, went unheard though, and didn’t garner the needed support.

So instead of taking the expected L and heading back to the drawing board, Ryan and Trump pulled the bill before it could even reach the House floor on Friday - leaving Trump to eat his words and leave Obamacare in place.

But while the “Trumpcare” bill burns, both Ryan and the President have scrambled to put a positive spin on the disastrous debacle. Almost immediately after the bill failed to muster up enough Republican support, Trump went on to blame the Democrats for the healthcare reform failure. Despite his deflective accusation, the measure could have passed in the House without a single vote from the left. In reality, the American Health Care Act was defeated by a torn Republican party.

Ryan also ceded that his plans to repeal and replace the ACA would have to be put on hold. The House Speaker candidly questioned the ineptitude of his own party, telling reporters that Republicans “were a 10-year opposition party, where being against things was easy to do...We’re going to be living with Obamacare for the foreseeable future.”

On the contrary, Democrats have seen the self-destruction of the repeal act as a major victory for themselves and the American people. Senate Minority Leader Charles Schumer (D-NY) cited the failure to pass reform as proof that the Trump administration is "incompetent.”

The Republican’s inability to pass legislation even with a majority in the House and Senate has left the party’s reputation tarnished, at least for the moment. They have identified themselves in opposing everything that the Democrats have brought to the table over the last eight years, and this recent fiasco shows that by not working at all, they have forgotten how to work together.