NEWS
Gen Z Now Dominates California’s Legal Weed Market, Report Says
AD
Women and Boomers are right behind Gen Z when it comes to the fastest growing groups of cannabis consumers, according to a new consumer report from Eaze.
Published on February 3, 2020

Generation Z, which includes people born between 1997 and 2012, are the fastest growing demographic of legal weed consumers in California, according to a new report from the cannabis delivery service Eaze. Eaze, dubbed the “Uber of weed,” registers its users through an app, which tracks licensed cannabis deliveries in nearly 280 cities across the Golden State.

The report, released last week, showed that the number of Gen Z customers registered to the platform increased 144 percent in 2019 compared to the previous year. Ironically enough, the second fastest-growing demographic are Baby Boomers — customers aged 55 to 75 years — at a 91 percent increase from 2018.

The third fastest-growing segment are women, whose signups increased 87 percent over the previous year. That places women at 40 percent of Eaze’s total customer base, although women are equally represented at 50 percent among Boomers, interestingly enough.

There’s more. In 2019, Eaze’s customers bought more weed overall compared to previous years, with average order sizes swelling by 81 percent. To put that into perspective, if the average customer bought an eighth of weed (3.5 grams) at a time in 2018, by the next year they were buying nearly a quarter (6.3 grams) at a time. That’s not half-bad in a state where the legal pot industry still struggles to compete with its underground market. (And full disclosure: The Snoop-backed venture capitalist firm, Casa Verde, helped Eaze reach its first $10-million fundraising round in 2015.)

Selling more weed goes hand in hand with more customers converting to the regulated market, too. Eaze’s report revealed it underwent a growth spurt last year: The platform nearly doubled its number of new users in 2019 (up 97 percent) with a spike in first-time deliveries (up 75 percent), as well. The number of new customers suggests that Californians feel more comfortable purchasing legal weed a year into the state’s licensed sales, and an increasing number of residents don’t mind having their purchases logged and tracked, either.

The platform’s website claims that it registered a total of 600,000 users since it was founded in 2014. And what did all of these customers purchase, exactly? In 2019, both flower and vapes made up 28 percent each of all sales, though vape sales slumped in August after the CDC declared the vaping crisis a public health emergency. To make up for lost vape sales, customers turned to edibles and pre-rolled joints instead, which increased 14.5 percent and 10 percent in sales, respectively, from October to November 2019. 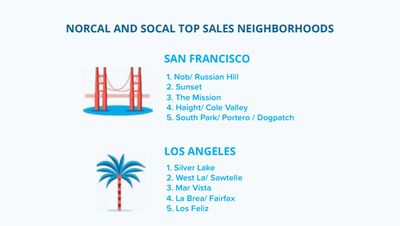 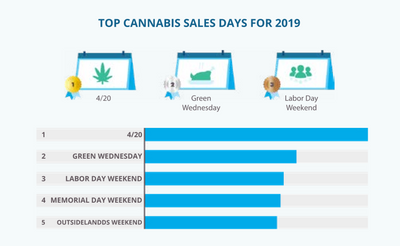 Granted, these figures may not translate to other weed-legal states, and the data may not represent a true random sampling of California’s cannabis customers. Regardless, the numbers indicate that Californians are warming up to legalization, and as cannabis mainstreams and normalizes, more people will likely sign up for similar delivery services or weed apps such as Eaze. Take note, Apple, Inc.!

NEWS
WOMEN
CALIFORNIA
DELIVERY
MORE...
Randy Robinson
FOLLOW
Based in Denver, Randy studied cannabinoid science while getting a degree in molecular biology at the University of Colorado. When not writing about cannabis, science, politics, or LGBT issues, they can be found exploring nature somewhere in the Rocky Mountains. Catch Randy on Twitter and Instagram @randieseljay
Share this article with your friends!
AD
By using our site you agree to our use of cookies to deliver a better experience.
Accept
Decline
MORE FROM MERRY JANE