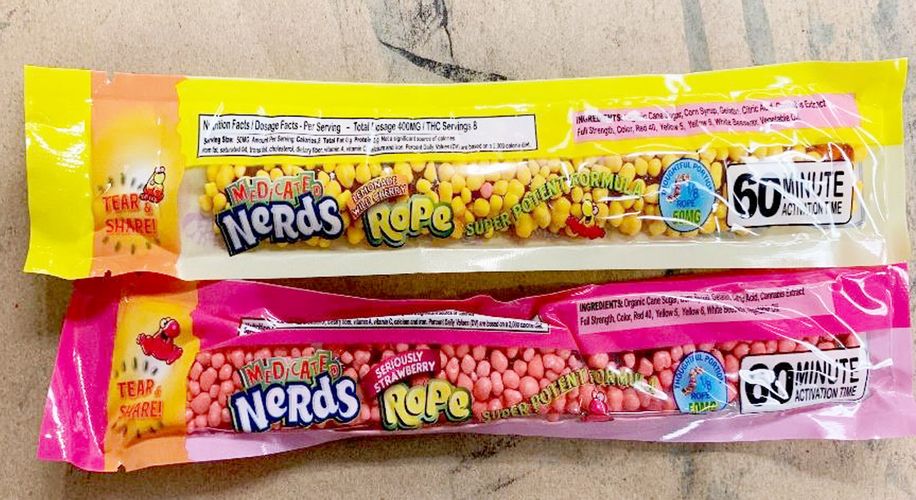 When cops confiscated 7.5 pounds of cannabis candy packaged like a Wonka treat, a federal prosecutor saw it as a direct threat to the sanctity of…Halloween?

When cops confiscated 7.5 pounds of cannabis candy packaged like a Wonka treat, a federal prosecutor saw it as a direct threat to the sanctity of…Halloween?

We’re still a few months away from this year’s sugar-soaked Halloween season, but if you ask US Attorney Mike Stuart, this year’s saccharine holiday is already in jeopardy, and it’s all thanks to THC.

According to the Cincinnati Enquirer, Stuart, the federal prosecutor for the Southern District of West Virginia, issued a Department of Justice Public Health Alert after law enforcement agents under his purview confiscated a package containing 7.5 pounds of THC-infused edibles packaged like Nerds Rope candies.

Seized in Kentucky on their way from California to Florida, the cannabis candies looked identical to traditional Wonka candy rope except for a few glaring changes, including the word “medicated” above the words “Nerds Rope,” a label that boasted 400 mg of THC per package, and a California cannabis warning label. Even with those alterations, though, US Attorney Stuart was appalled at the idea that cannabis producers would imitate candy store branding for their intoxicating products, and decided to get on a soapbox to warn parents to watch out for weed-infused treats this coming Halloween.

“Trick or Treat will never be the same again,” Stuart said in his federal warning. “This fake ‘candy’ is all trick and no treat. It is packaged like candy. It looks like popular candy. It tastes like candy. But, instead, it is a very powerful and potent way to get high,” he said. “Any unsuspecting child or teenager could easily stumble along a package and innocently eat it, not realizing the potency of the THC infused in the product… Parenting is challenging enough without having to check a child’s candy for potent levels of THC. This just means parents will have to work double duty on Halloween.”

Of course, black market cannabis products sent from California to other states are typically highly coveted and sold for exorbitant prices on the black market. And while it is understandable why a pot producer in the Golden State might want to skirt packaging laws, potency limits, and licensing fees to send edibles to Florida’s illicit market, US Attorney Stuart never clarified why a drug dealer might want to trick unsuspecting children by giving them expensive cannabis products for free on Halloween.

In most states with legal weed laws on the books, edible products are highly regulated, with strict laws against packaging that appeals to children. No such cannabis legalization laws currently exist in West Virginia, Kentucky, or the other states where US Attorney Stuart presides.