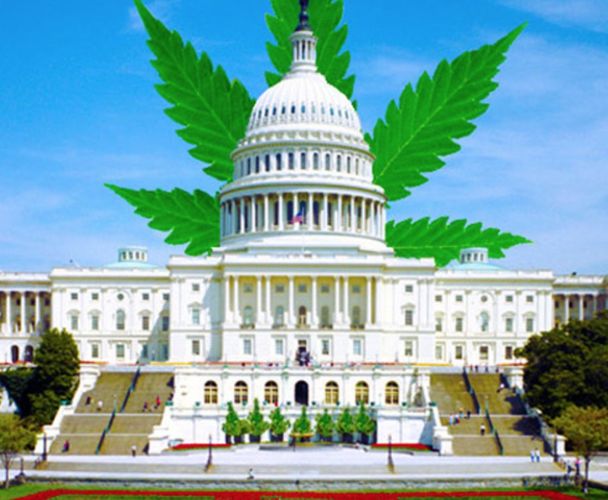 New bill would eliminate marijuana from the Controlled Substances Act.

New bill would eliminate marijuana from the Controlled Substances Act.

One federal lawmaker is making a push to legalize marijuana at the national level.

Virginia Representative Tom Garrett has introduced a bill in the U.S. House of Representatives aimed at eliminating the cannabis plant from the confines of the Controlled Substances Act – a move that would allow the substance to be taxed and regulated all across the nation in a manner similar to beer.

The proposal (Ending Federal Marijuana Prohibition Act of 2017), which was originally submitted in the Senate back in 2015 by Senator Bernie Sanders, is a subtle measure designed to free cannabis from the CSA, so that states can finally establish their own rules for legalizing weed without the risk of federal interference.

"I have long believed justice that isn't blind, isn't justice,” Garrett said in a statement. “Statistics indicate that minor narcotics crimes disproportionately hurt areas of lower socio-economic status and what I find most troubling is that we continue to keep laws on the books that we do not enforce.”

Garrett says by establishing a nationwide policy accepting marijuana into the scope of American commerce, it would allow states to "determine appropriate medicinal use" and "industrial hemp growth," changes "that will provide a major economic boost to agricultural development," he said.

Although the measure could possibly attract a modest level of support, it most likely will fail to generate enough Republican interest to gain any traction – if it even manages to get a hearing.

Sadly, Congress no longer seems to represent the voice of the people. The latest Quinnipiac poll shows that 71 percent of the population now believes marijuana should be made legal all over the nation for recreational use. The survey is right in line with other national polls consistently showing 60-65 percent support on this issue. But yet, most federal lawmakers are still not brave enough to touch any bill calling for this reform.

As it stands, eight states and the District of Columbia have legalized marijuana for recreational use. However, the Trump Administration says it is currently reviewing this state-level progress to determine whether the legal cannabis trade will be allowed to continue.