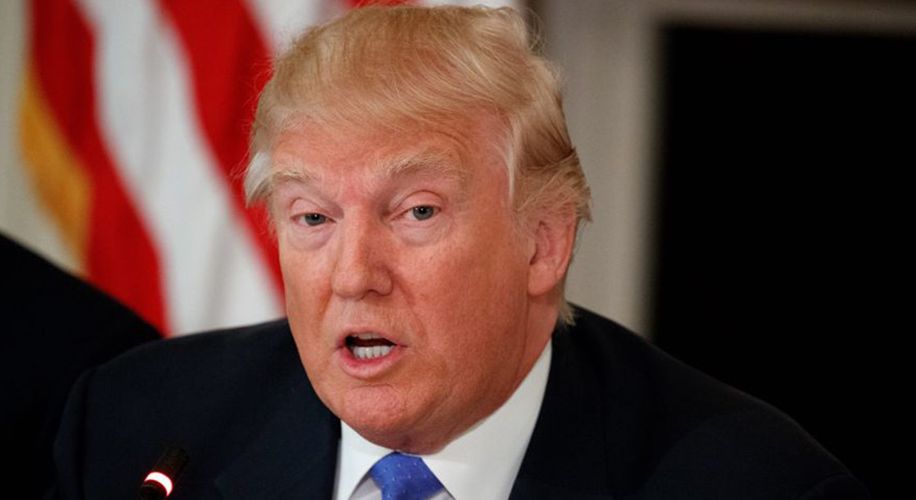 Taking It in the Trump: Everything the President Did This Week (March 26, 2017)

As the Russian investigation looms and health care reform falters, this past week was one of the worst yet for the unstable Trump administration.

As the Russian investigation looms and health care reform falters, this past week was one of the worst yet for the unstable Trump administration.

Last week marked the three-month anniversary since Donald Trump was inaugurated as the 45th President of the United States, and it sure didn’t take long for this titanic mess of an administration to start steering the country straight towards many unfathomable icebergs. From the FBI’s ensuing investigation on Trump’s ties to Russia, to the GOP’s disastrous attempt to replace Obamacare, this past week has been undeniably awful for the White House, and pretty damn entertaining for his dissenters.

While Trump’s continuous inability to “win” certainly supplies some much-needed comic relief during these tough times, it’s critical that we stay up-to-date with all of the moves that the president and his cronies continue to pull behind the scenes. To help you connect the dots, we’ve got another weekly update of the latest catastrophic shortcomings and potential coverups from the Trump administration.

GOP Pulls Health Care Reform Off of the Table

As the Russian Investigation Get Murkier, Intentions Become Clearer

All in the Family