NEWS
Taking It in the Trump: Everything the President Did This Week (March 19, 2017)
As Trump's carousel of corruption starts to spin faster, the most vulnerable Americans will be the first thrown aside.
Published on March 19, 2017

The photo pictured above was taken by Jim Bourg for Reuters

As we slowly crawl out from under the second month of Donald Trump's reign (yeah, it's only been two months...), the country has been left with more questions than answers about the divisive Commander-in-Chief and his controversial administration. With an endless barrage of potential corruption and questionable moves to trudge through, it's almost impossible to figure out what's a distraction and what vital news could help lead to Trump's demise. MERRY JANE has been sludging through the shit on a weekly basis, aiming to bring you the most important headlines (along with some much-needed comic relief) regarding the spray-tanned demagogue and his cronies. Needless to say, our dirty laundry list has gotten longer and longer each week...

(Wire) Tapping Away At The Truth

GOP Healthcare Proves to Leave the Most Vulnerable Out to Dry

Trump’s Budget (Or, How I Tricked America Into Building the Wall)

Sessions Claims Cannabis is “Only Slightly Less Awful” Than Heroin

Donald Trump vs. The Doggfather

Can you imagine what the outcry would be if @SnoopDogg, failing career and all, had aimed and fired the gun at President Obama? Jail time!

“It’s fitting that we gather here each year to celebrate St. Patrick and his legacy. He too of course was an immigrant. And though he is, of course, the patron saint of Ireland, for many people around the globe he’s also a symbol of — indeed the patron of — immigrants,” Kenny said. 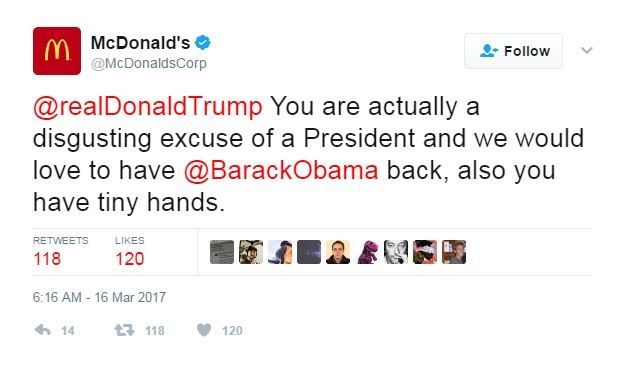 NEWS
POLITICS
LEGISLATION
EDUCATION
MORE...
Tyler Koslow
FOLLOW
Tyler Koslow is a Brooklyn-based freelance writer with an intensive focus on technology, music, pop culture, and of course, cannabis and its impending legalization.
Share this article with your friends!
MORE FROM MERRY JANE