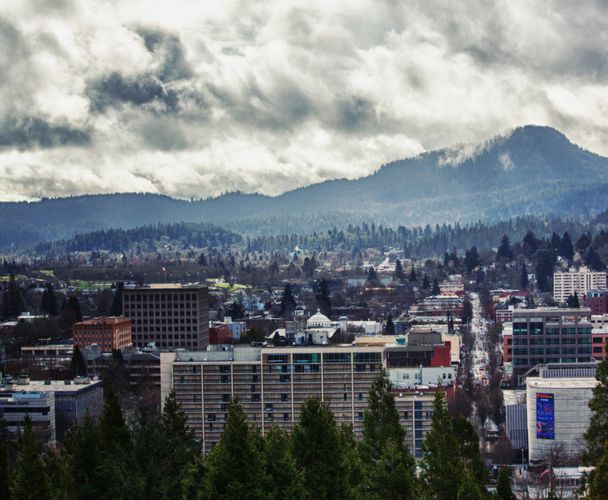 The lack of distance between dispensaries is causing a corporate cannabis takeover across the city.

The lack of distance between dispensaries is causing a corporate cannabis takeover across the city.

In the city of Eugene, Oregon, the local cannabis industry is eagerly waiting for the city to implement a new ordinance requiring a 1,000-foot buffer between marijuana dispensaries.

But so far, progress has been slow.

Although most Oregon cities require dispensaries to be separated by 1,000-ft of space, Eugene is only the only major municipality throughout the state without a regulation of this kind. This has caused corporate dispensaries to bombard the market, forcing smaller ones to seek out new locations, reports Eugene Weekly.

“People with deep pockets come in from out of state,” Morgan Glenn, owner of the Flowr of Lyfe dispensary, told EW. “They could lose money for two years, have everybody else get flushed out, and then the last one standing is the one that has corporate money backing them — out-of-state money.”

But the City Council is considering a proposal that would change this situation. The measure would bring the city to the same standard as other jurisdictions by requiring recreational and medicinal dispensaries to be 1,000 feet apart. The only problem is the City Council has yet to schedule the issue into its agenda, which has members of the local cannabis trade worried they are being ignored, as this debate has been taking place for the past year.

Some say the City Council is not in any hurry to address the buffer ordinance because it is too busy handling other issues, such as homelessness.

A few local lawmakers did express concerns last year over regulating where companies were allowed to do business. But this has the cannabis industry confused, especially since the city has a similar buffer law in place for liquor stores.

Nevertheless, mom-n-pop dispensaries are at risk of closing down because the city’s lack of regulation is allowing large corporations to take over the town.

All marijuana-related business owners are asking for is to get the issue on the city's legislative agenda so that it can be addressed before the council leaves for break in March.