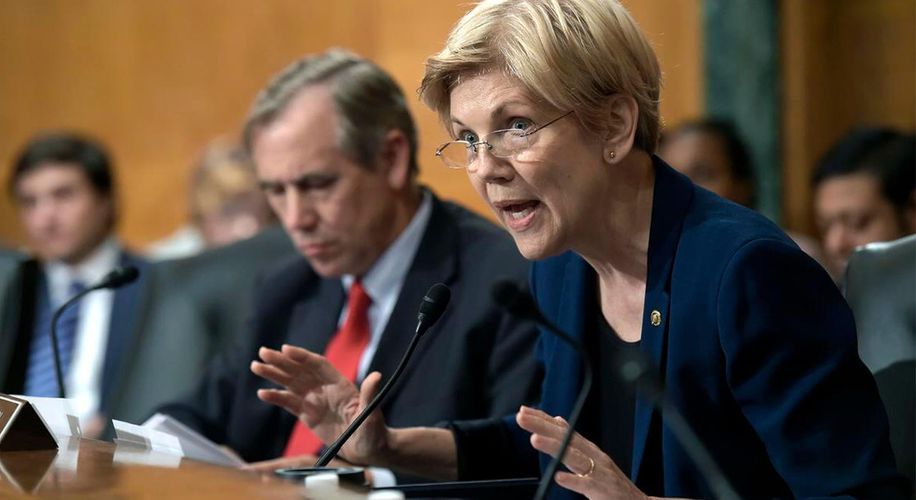 US Senator Elizabeth Warren is pushing to give cannabusinesses access to banks and credit unions, claiming that the current cash-based model is an invitation to crime and fraud.

US Senator Elizabeth Warren is pushing to give cannabusinesses access to banks and credit unions, claiming that the current cash-based model is an invitation to crime and fraud.

As the United State succumbs to the shadow of Donald Trump’s shady presidency, progressives in the country have been desperately searching for someone to lead the Democratic Party out of darkness. Though Bernie Sanders has remained a beacon of light for the leftist movement, many Democrats have looked to Massachusetts US Sen. Elizabeth Warren as the potential savior in 2020.

The Democratic Senator is using her financial expertise and political prominence to aid the cannabis industry in the fight for access to banking services. Warren recently took part in a letter written to the Financial Crimes Enforcement Network (FinCEN), calling on the feds to provide better guidelines to states with medical or recreational cannabis, as well as grant businesses proper access to federally regulated banks and credit unions.

Warren has argued that the cash-centric business model the cannabis industry has been forced to use is an “invitation” for criminals and fraud. The letter stated:

“(In) these states, the majority of legal marijuana businesses, and businesses that provide services to them, are all but barred from participating in the financial system. As a result, many legal businesses are forced to operate in cash, which jeopardizes community safety, limits economic growth and greatly expands the opportunity for tax fraud.”

Warren’s increased role in the fight comes shortly after her home state of Massachusetts voted to legalize recreational cannabis use in November. The state is still grappling with the integration of cannabis retail, and lawmakers made a controversial decision to delay the opening of stores and dispensaries 6 months, from January 2018 to July of that year.

But Senator Warren has been a proponent for marijuana before Question 4 passed in the election. She noted that FinCEN guidelines from 2014 prove that less than 3 percent of federally regulated banks and credit unions have chosen to serve the cannabis industry. To no surprise, the collaborative letter to FinCEN was also cosigned by Vermont Senator Bernie Sanders.

As Trump moves into the White House with republican control of both the Senate and the House, Warren and other bold Democrats are prepared to hold the right-wing responsible for their actions and fight back at every controversial turn. With newly appointed US Attorney General Jeff Sessions potentially planning a stricter federal approach towards states with legal cannabis, it’s refreshing to see politicians like Warren clearly on our side.