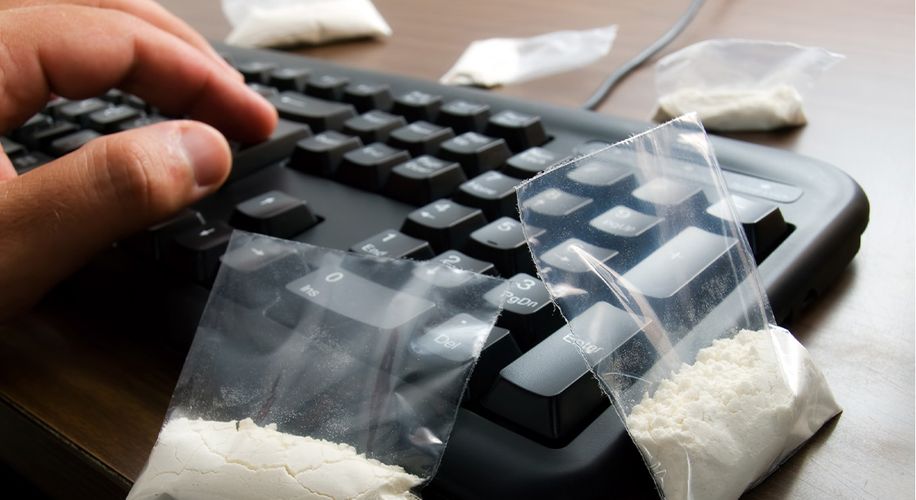 The COVID-19 pandemic still has many areas under quarantine lockdowns. But that hasn’t stopped drug dealers from getting creative to continue making sales.

The COVID-19 pandemic still has many areas under quarantine lockdowns. But that hasn’t stopped drug dealers from getting creative to continue making sales.

Small-time drug entrepreneurs are finding new ways to deliver their wares to homebound customers. As the coronavirus crisis keeps people home by state orders, drug slingers have resorted to food delivery and dating apps to connect with clients.

The switch from selling drugs at nightclubs to OK Cupid has gone global, too. On Tuesday, a group of community officers in Hong Kong announced that they caught 10 people using dating apps to buy drugs. Many of these apps allow customers and dealers to remain anonymous. According to Joseph Chan, one of the community officers, customers could input the codes “420” or “420wannabuy” in the apps to set up a drug deal, presumably for weed.

The community officers are also members of the Democratic Alliance for the Betterment of Hong Kong, a conservative, pro-China political party. Ironically, the party’s initials are DAB.

But transporting drugs while disguised as a food delivery worker provides cover during lockdowns that dating apps do not. In some countries such as Belgium, France, Ireland, Spain, and Malaysia, quarantine enforcement involves police regularly patrolling the streets and managing road checkpoints at night. Anyone traveling at night, when drug deals usually take place, can be stopped by the cops and asked to provide credentials. In other words, dealers need to justify why they’re out, and “moving cocaine” is not a legitimate reason to break quarantine.

“The lockdown is the most annoying thing,” said “Jerry,” an anonymous cocaine, marijuana, and MDMA dealer based in Brussels, to the Associated Press. “It’s stressful. Because of the police patrols, you can’t deal drugs at night anymore. It’s too dangerous. You can get spotted too easily.”

But even dressing up like a pizza boy to deliver a piping hot box of molly isn’t entirely fool-proof. Cops in Europe can check a delivery worker’s phone to ensure they’ve got the company’s delivery app. To avoid arrest, Jerry hired underlings to do the transport and delivery for him while the COVID-19 lockdowns remain in place.

Some drug dealers, however, actually are delivery workers. As noted in the Jerusalem Post, Israeli weed dealers can legitimately prove that they’re making deliveries during lockdowns if they already work for a restaurant. One anonymous dealer, “Avi,” said working simultaneously as a food deliverer and a drug dealer deflects police scrutiny altogether.

“The cops don’t even give you a second glance,” he said, “you’re not conspicuous.”

Another dealer, “Ahmed,” claimed that older people “the same age as grandfather” recently jumped into the illicit weed delivery game since it was incredibly lucrative during the pandemic.