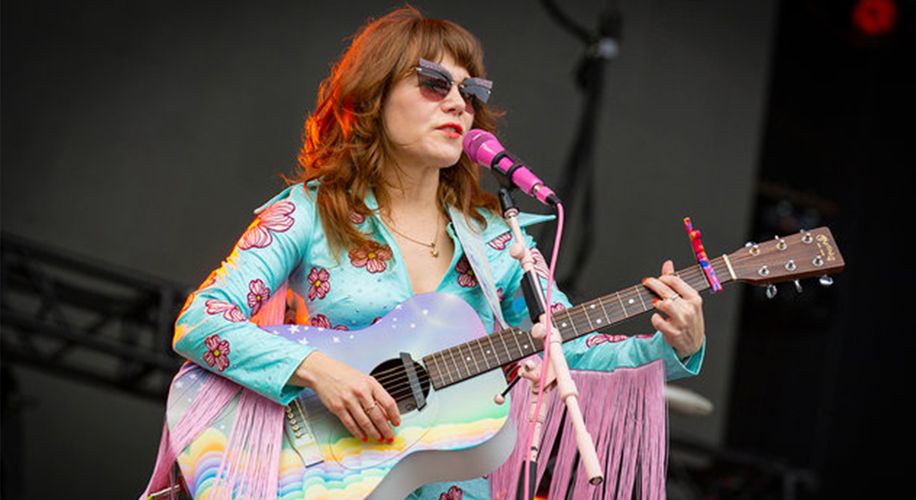 The Rilo Kiley frontwoman has joined the green rush with her new sativa-dominant strain, available in dispensaries across the Golden State.

The Rilo Kiley frontwoman has joined the green rush with her new sativa-dominant strain, available in dispensaries across the Golden State.

Jenny Lewis is a triple threat: an amazing musician with a dozen records under her belt, an acclaimed actress, and now, a ganjapreneur with her own personalized cannabis strain on California dispensary shelves.

According to Rolling Stone, the Rilo Kiley frontwoman has teamed up with Santa Barbara-based legal weed growers Glass House Farms for her first dive into the world of weed. Together, they’ve created a medium-strength sativa named “Down the Rabbit Hole” after the final track on her latest album, On The Line.

As Glass House describes it, Down the Rabbit Hole is “a light Sour Diesel sativa with 16.3% THC content,” with lineage that can be traced back to seeds distributed at a Grateful Dead show in 1991.

Down the Rabbit Hole is available now in five packs of half-gram pre-rolled joints across California at Glass House Farms’ retail partners.