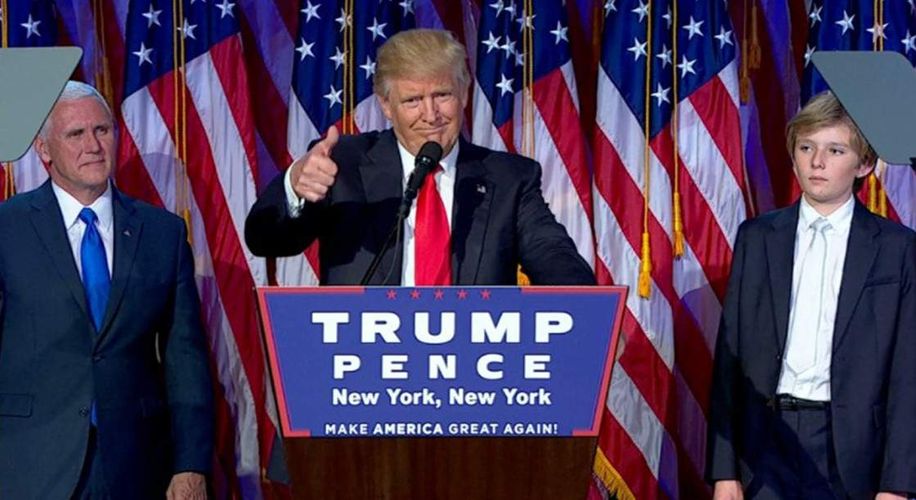 Trump defied all expectations to become the US President-Elect, crossing the 270 electoral vote threshold earlier this morning.

Trump defied all expectations to become the US President-Elect, crossing the 270 electoral vote threshold earlier this morning.

In an ending that only could’ve been possible during a historically unpopular presidential election, Republican nominee Donald Trump defied all odds to become the 44th President of the United States. As of 2 AM (EST) this morning, Trump officially passed the 270 electoral vote threshold needed to clinch his shocking victory.

The race was extremely tense and tight, as Trump squeaked out narrow victories in battleground states like Florida and Pennsylvania, both of which he won by approximately a 1% margin. That, along with a sizable victory in Ohio and throughout the Rust Belt states, was enough to give Trump the White House. This, coupled with a Republican majority in Congress, will surely make the next four years seem brutally long for liberals.

To make matters more confounded, Hillary Clinton currently leads in the popular vote, a fact that is null and void in the face of our old-fashioned electoral system. The outcome is especially shocking due to the majority of media pundits and polls that claimed a Trump win would be nearly impossible.

After Trump clinched the 270 electoral votes early into this morning, he and his running mate Mike Pence came out to address their supporters. In a completely different tune from what we’ve seen on the election trail, Trump was calm and composed in his victory speech, talking about healing the wounds of our divided nation and even congratulated his opponent on a hard fought race. Still, many were left to wallow in the fact that someone so blatantly misogynistic and bigoted was handed the keys to the White House.

After holding off on any acknowledgment of defeat last night, Hillary Clinton and Tim Kaine came out this morning to congratulate Trump and try to keep their supporters optimistic of the country’s future. Much like Trump’s speech, Clinton’s admittance of defeat also held a different view of her opponent, calling for us to all work together and to approach a Trump presidency with an “open mind”.

Now, the question remains whether Trump will stick to his outlandish campaign promises, such as budiling a wall between the American and Mexican borders and hiring a special prosecutor to look into Clinton’s email scandal. Regardless of the outcome of this election, this is an undeniably historical moment in American politics. The surprising Trump victory comes at a time where many citizens are highly dissatisfied with the two-party establishment, which certainly played a major role in this outcome.

Though many of us have been at odds with one another over these two candidates throughout the entire race, we can only hope that the country will come together and protect the rights and voice of all races, genders, ethnicities, and political views. Regardless of who you may have supported in this race, there’s no denying that the United States has some major challenges to overcome. Here’s to hoping that we will be able to move forth as a united front.