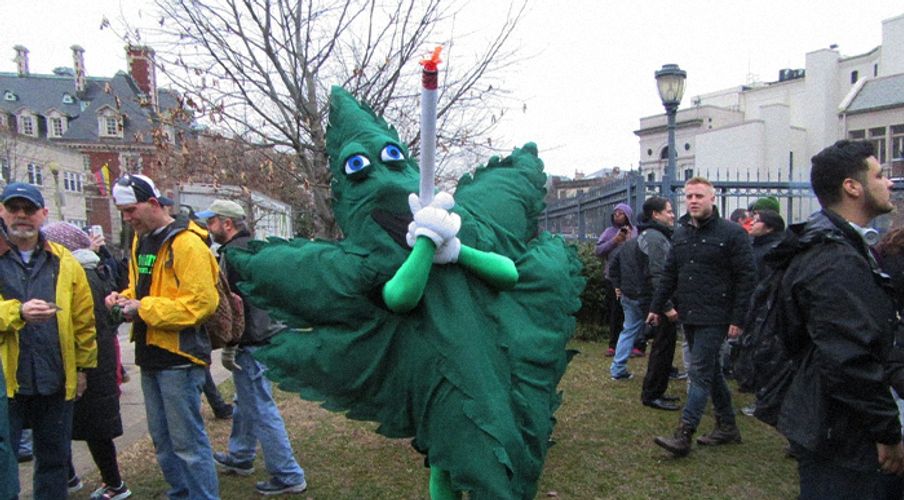 Cannabis Activists Gave Out Free Weed at the Trump Inauguration

Making an appeal for legalization never felt so good.

Making an appeal for legalization never felt so good.

Yesterday, our Merry Jane News crew hit up Washington D.C. for the inauguration of President Donald J. Trump. And while many have issues with the new president for various reasons, marijuana advocacy group DCMJ held what it called a Trump420 Rally in hopes that Trump will honor state law and make moves to federally legalize medical and recreational marijuana use.

DCMJ initially promised to pass out 4,200 joints at the rally, but after an overwhelming response decided to double down and hand out 8,400 joints to anyone of legal age with an ID. The plan was for each person who received a free joint to light it four minutes and 20 seconds into Trump’s inaugural speech. Things got hectic and the line stretched for miles, but fortunately our team had the chance to catch up with some attendees, organizers, and Hempy the Pot Leaf at the rally before marching toward the U.S. Capitol. Check out the video above for what they had to say.