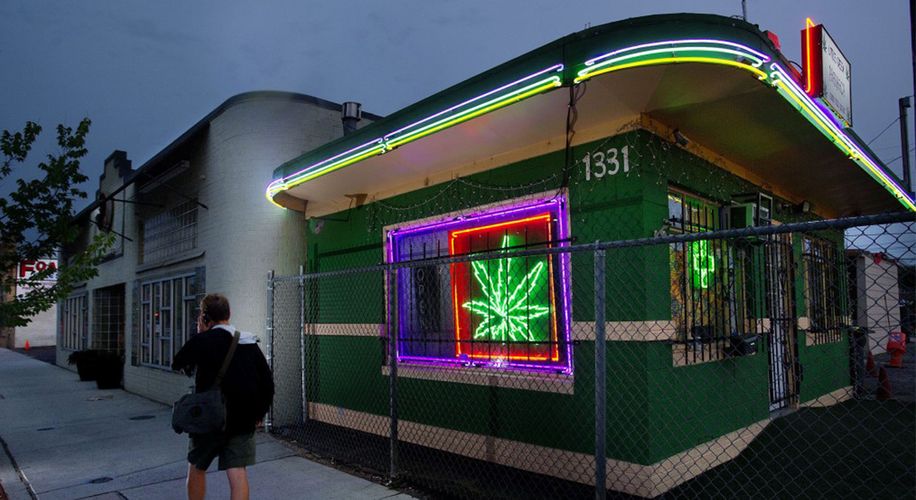 If passed, the council committee proposal’s would allow Denver’s recreational and medical cannabis shops to stay open until midnight instead of 7 p.m.

If passed, the council committee proposal’s would allow Denver’s recreational and medical cannabis shops to stay open until midnight instead of 7 p.m.

Despite the Trump administration’s vaguely ominous warnings of possible (but incerasingly unlikely) recreational cannabis crackdowns, the industry in Colorado continues to flourish. After raking in $1.3 billion from recreational and medical marijuana sales in 2016, the state Senate recently voted to approve social cannabis lounges.

But in the capital of Denver, those who wish to get their cannabis fix after dinnertime still have major hurdles to overcome. Currently, marijuana retail shops are only allowed to stay open until 7 p.m. However, on Monday, the city council’s special-issue marijuana committee discussed a proposed bill that would extend hours of operation until midnight, adding an extra five hours to the current allowance.

For now, city dwellers are forced to travel to nearby towns of Glendale and Edgewater, which are permitted to stay open until midnight. Other shops located in Aurora, Boulder, and Commerce City are allowed to operate until 10 p.m.

Going by Colorado’s recreational law, cannabis stores are technically allowed to function until midnight, but each municipality was granted the ability to set their own boundaries in regard to hours of operation. If approved, the measure would undoubtedly generate even more revenue in Denver, a city that was responsible for around half of Colorado’s total sales last year.

A number of industry leaders and members of the city’s attorney’s office presented their arguments during Monday’s hearing, and proponents argued that it would further Denver’s competitive edge over neighboring municipalities.

Although the next hearing date for the proposition has yet to be set, the measure seems to have support from a wide range of council members. According to The Denver Post's recent Q&A with Denver’s City Council candidates, a majority claimed to support extending the hours until at least until 10 p.m.

The election takes place on May 5, and those who end up getting voted in could potentially be the deciding factor in whether this proposal passes.