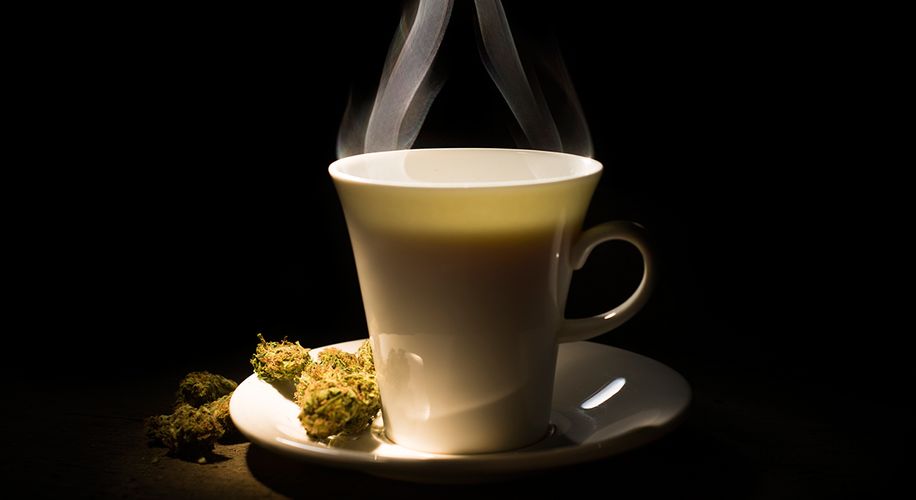 The Coffee Joint in Southwest Denver is officially lit.

The Coffee Joint in Southwest Denver is officially lit.

Tourists and locals alike will finally have a place to get stoned without worrying about law enforcement or landlords in Colorado's Mile High City in the coming weeks, as Southwest Denver's The Coffee Joint has received the city's first social-use cannabis license.

According to the Denver Post, the Coffee Joint received the city's inaugural public consumption cannabis license on Monday after a year's worth of regulatory bickering and legislative interference. Now, the cafe will welcome guests 21 years or older to heighten their latte experience with vaporizers and cannabis-infused edibles.

Colorado legalized adult-use cannabis in 2012, but did not match that drug reform with a social consumption ordinance until 2016, when voters passed Initiative-300. Legal weed advocates have for years argued that the Centennial State's legalization has left tourists and locals without a safe place to use legal weed, with laws still banning outdoor smoking and lighting up inside without a landlord's explicit approval.

Now, after finally hammering out strict rules for public consumption sites, including location restrictions preventing them from operating near schools, addiction treatment centers, and more, a ban of on-site cannabis sales, and regulations allowing the consumption of only vapes and edibles, the Coffee Joint will open its doors to cannabis enthusiasts in the coming weeks.

Because city rules ban over-the-counter cannabis sales from the cafe itself, the Coffee Joint will be strictly BYOC (bring your own cannabis), but thanks to some strategic business planning, that shouldn't deter too many prospective customers. Next door to the Coffee Joint is 1136 Yuma, a licensed adult-use cannabis dispensary owned by the same team behind the neighboring cafe, creating a clear path for consumers to purchase products and then use them on the same block.

That said, this is still a step removed from the lenient rules at Amsterdam's pot cafes, and Coloradoans will not be able to enjoy their coffee alongside a pre-rolled joint.

"No smoking of any kind will be allowed on the premises, either indoors or outdoors, which will limit odors, as will the closed air circulation system used at the premises," states the official licensing decision by the Department of Excise and Licenses. "There may be some odors caused by vaping, dabbing, and plant material, which, [The Coffee Joint proprietor] testified, will be controlled by the carbon filters and air purifiers."

The Coffee Joint will be open to the public and demand a $5 entrance fee, despite not being a "club" with membership requirements. For customers of the neighboring dispensary, though, the cover will be waived.

In addition to the coffee shop, a second I-300 social-use license application has been filed with Denver regulators to allow cannabis consumption at the Utopia All Natural Wellness Spa and Lounge, a proposed ganja spa in the city's Capitol Hill neighborhood.

"The idea behind it is to give cannabis consumers and medical marijuana patients a place where they can access each other in a unique social environment," Sovine told MERRY JANE earlier this month, "one they can't find anywhere else in the world, legally."

Only one day after being awarded city approval, the Coffee Joint has yet to announce a grand opening date for its cannabis consumption program. However, the business is already welcoming in pot lovers who are anxious to see the 420-friendly cafe.