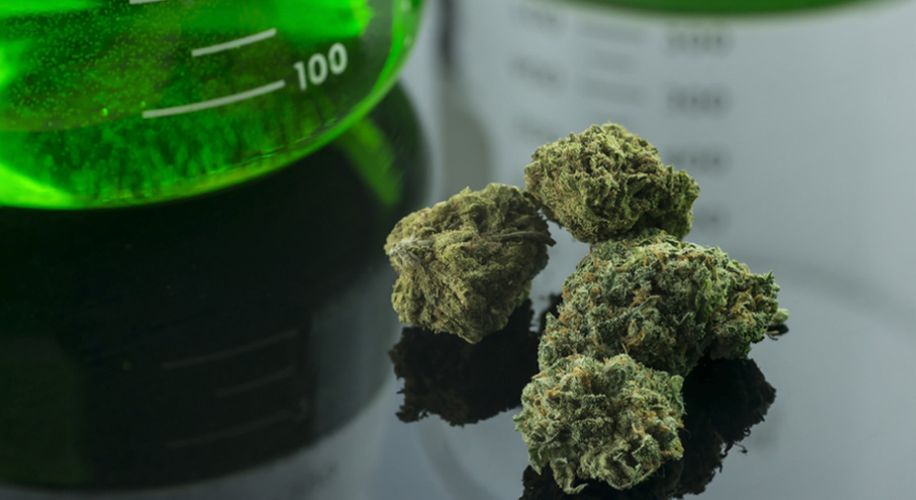 UC San Diego has won a rare approval to import Canadian cannabis for its work, despite dozens of American companies wishing to grow research-grade pot for years.

UC San Diego has won a rare approval to import Canadian cannabis for its work, despite dozens of American companies wishing to grow research-grade pot for years.

This week, a California university announced that the U.S. Drug Enforcement Administration (DEA) would allow them to import cannabis extracts from Canada for a research study — a surprising announcement considering the government's near constant attempts to stymie medical marijuana research. The University of California San Diego's Center for Medicinal Cannabis Research will now be allowed to import capsules containing CBD and THC from Canadian cannabis producer Tilray, Inc.

The National Institute on Drug Abuse (NIDA) does provide cannabis flower or pre-rolled joints to researchers looking to study cannabis, but all of this flower is sourced from one facility, the University of Mississippi, and the quality of this institution's grass is so low that researchers have found it useless for informing reliable scientific findings. The agency does not dispense cannabis in the form of capsules or other products, leaving the California research team with no option other than importing the drug.

“There are definitely situations where, when there’s no source in the U.S., a registrant can import a cannabis-derived drug from another country,” DEA spokesperson Katherine Pfaff explained to the Associated Press. A similar situation occurred with GW Pharmaceuticals, who were allowed to import their CBD-containing epilepsy medication Epidiolex to the U.S. for clinical trials, leading to it become the first cannabis-derived medicine to ever be approved by the Food and Drug Administration (FDA).

Convincing the federal government to allow a prohibited Schedule I drug to be imported from another country was no easy task, and researchers spent two years dealing with the necessary red tape. NORML deputy director Paul Armentano told the AP that the fact that these researchers had to work so hard is indicative of the medical community's need for proper research-quality cannabis. “It’s very telling that you have researchers in the U.S. willing to exert the patience and go through the regulatory hurdles to make this happen at the same time the United States has its own domestic supply source,” he said.

The announcement sent Tilray's stock soaring, but drew bitter criticism from legislators who have been pushing the Justice Department to allow American businesses to cultivate the country’s supply of research cannabis. The DEA has long been aware of the University of Mississippi's quality control problems with pot, and began accepting applications for additional growers back in 2016. The Trump administration has sat on these applications, however, despite over a dozen letters from lawmakers demanding that Attorney General Jeff Sessions take action on the issue.

Tired of waiting for Sessions to advance the process, Gaetz proposed the Medical Cannabis Research Act, which would force the DEA to expand the number of cultivators licensed to provide government-sanctioned research weed. Unlike other cannabis reform bills proposed this year, Gaetz’s bill passed a key House committee this month, greatly increasing its chances of success.